Bradley Smith will miss the Catalunya Grand Prix and KTM's MotoGP testing at Barcelona this week, due to a finger injury sustained on Saturday

Smith crashed at Barcelona's Turn 2 during the fourth practice session that precedes qualifying, with the little finger on his left hand thought to have got caught up in the handlebar.

He missed qualifying and after treatment at the trackside clinica mobile was transferred to hospital in Barcelona to have the wound cleaned further and for more checks.

A decision was subsequently made on Sunday morning that he will sit out the day's 25-lap race, the post-GP test on Monday and KTM's two days of private running at Barcelona on Tuesday and Wednesday. 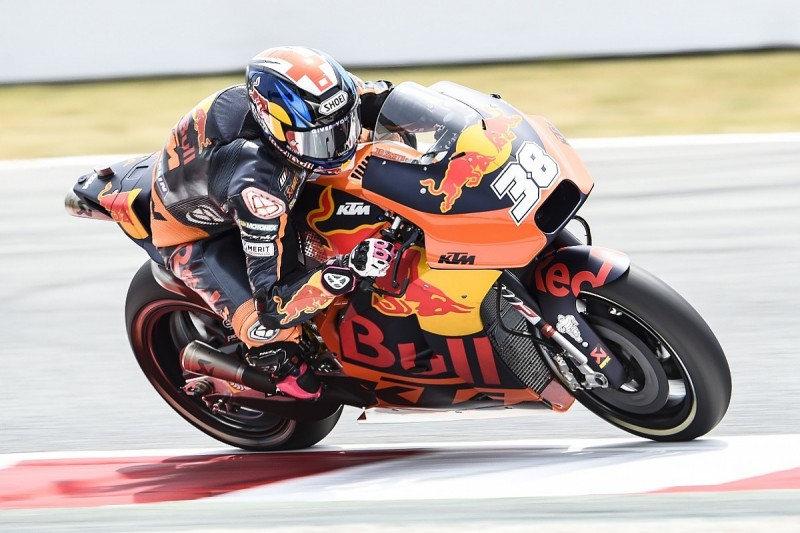 "Unfortunately I had a crash at Turn 2, a highside, and I think my hand got stuck underneath the handlebar, just for a split second, but it was enough to take the skin back off an old injury, from 2013," Smith said.

"We went to hospital, cleaned the wound, made sure it's as clean as possible, with no dirt inside.

"This morning, we visited the medical centre and as a complete group decided it was safer to sit out the GP as the risk of infection really high.

"Hopefully in the next three or four days we'll check the wound and decide if I need any plastic surgery, and if not I'll be back fully fit and ready for Assen."

Assen will host the Dutch TT on June 23-25, with Smith's team-mate Pol Espargaro to start 20th at Barcelona on Sunday.