Honda’s Stefan Bradl has slammed “unacceptable” heat problems with the RC213V MotoGP bike after it burned his foot in a miserable German Grand Prix for the marque.

Honda has been dominant at the Sachsenring since 2010, with Dani Pedrosa and Marc Marquez taking victories at the German GP for the marque in the last 11 editions of the event.

But for the first time since it boycotted the 1982 French GP, Honda ended a premier class race without a single point – bringing to an end a 663-race run of points finishes.

Bradl – Honda’s test rider who is standing in for Marquez while he recovers from a fourth right arm operation – was the only HRC rider at the chequered flag, 52s from race winner Fabio Quartararo in 16th and last.

The German says he suffered in the extreme heat – which sat at over 30 degrees Celsius – and had to back off, before revealing the Honda’s engine burned his right foot and leg.

“I had a big issue with riding the bike in these hot conditions, because after following people in front of me for the first couple of corners I couldn’t brake because my right hand became so hot and I couldn’t control the bike anymore.

“After a couple of laps I had to give up to get some fresh air for my bike and for my body.

“And then I was just trying to finish the race. I don’t know why I finished the race because physically it was more than on the limit.

“Then I burned the right leg because it was just coming so hot. 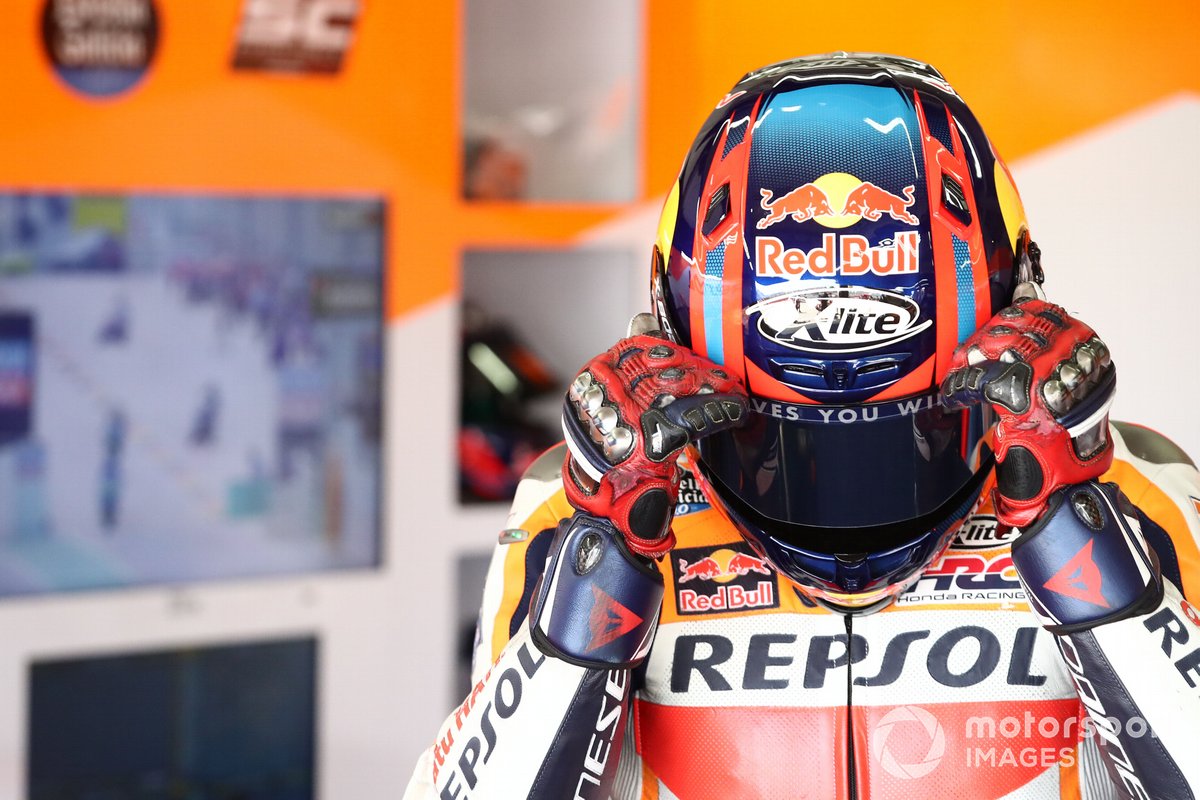 “The heat of the engine or something is just not acceptable in how it gets transferred to the body.

“So, very sad day for me, for us in general. But like now, it has been a situation that is actually not acceptable.”

Bradl’s team-mate Pol Espargaro retired from the race as he struggled to breathe with the rib injury he picked up on Friday in an FP1 crash, and also said his foot got burned by the bike – which is a problem he has had since he joined Honda.

“It was a tough weekend,” Espargaro summarised.

“A crash in FP1 and injuring my ribs, and then going through all the weekend with pain, it’s hard because the ribs need time to recover and when you stress everything and the stress of riding a MotoGP bike, it gets worse and worse.

“I was getting an injection before the race to try to be with less pain in the race, but with this heat it didn’t help.

“It got more inflamed and I couldn’t breathe. I was getting a little bit dizzy, plus the heat on the foot, which is a problem that we currently have at Honda from already since I arrive, it was quite painful.

“I decided to retire, I couldn’t continue, it was too extreme.”

LCR Honda duo Takaaki Nakagami and Alex Marquez also failed to make it to the finish, with Nakagami crashing out on lap seven while Marquez was forced out by technical issues.