KTM's Brad Binder says he was "too narrow-minded" at Turn 2 at the start of the MotoGP Teruel Grand Prix, which led to his collision with Pramac's Jack Miller 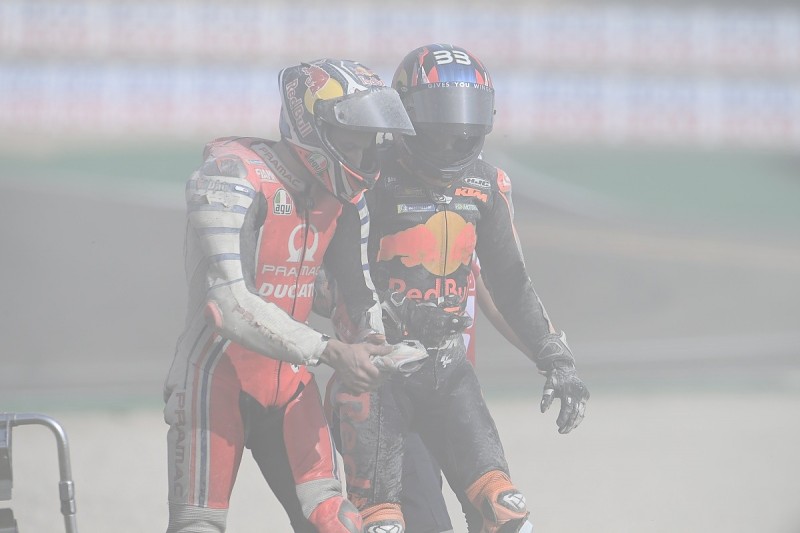