KTM’s Brad Binder says the fact he thinks cracking the top 10 in the MotoGP Qatar Grand Prix will be a good result makes him “sick to my stomach”.

The South African will start the opening round of the 2021 season from 19th on the grid as KTM’s struggles at the Losail circuit continue.

KTM has been able to start the new year with a new engine, while the base of the bike is not too dissimilar to the RC16 which both Binder and team-mate Miguel Oliveira won three grands prix between them on last year.

With high winds expected for Sunday, Binder hopes the weather is the “worst we’ve ever seen” as he admits it’s KTM’s only hope of salvaging a strong result.

“I’m really hoping that tomorrow is the worst weather we’ve ever seen here,” he said.

“I believe the more difficult it is the better it’s going to be for us because it seems we’re in a position where we need to take advantage and the only way we can is by maybe taking a little bit more risk when things are difficult.

“So, tomorrow may the wind blow and hopefully I stay on the bike.” 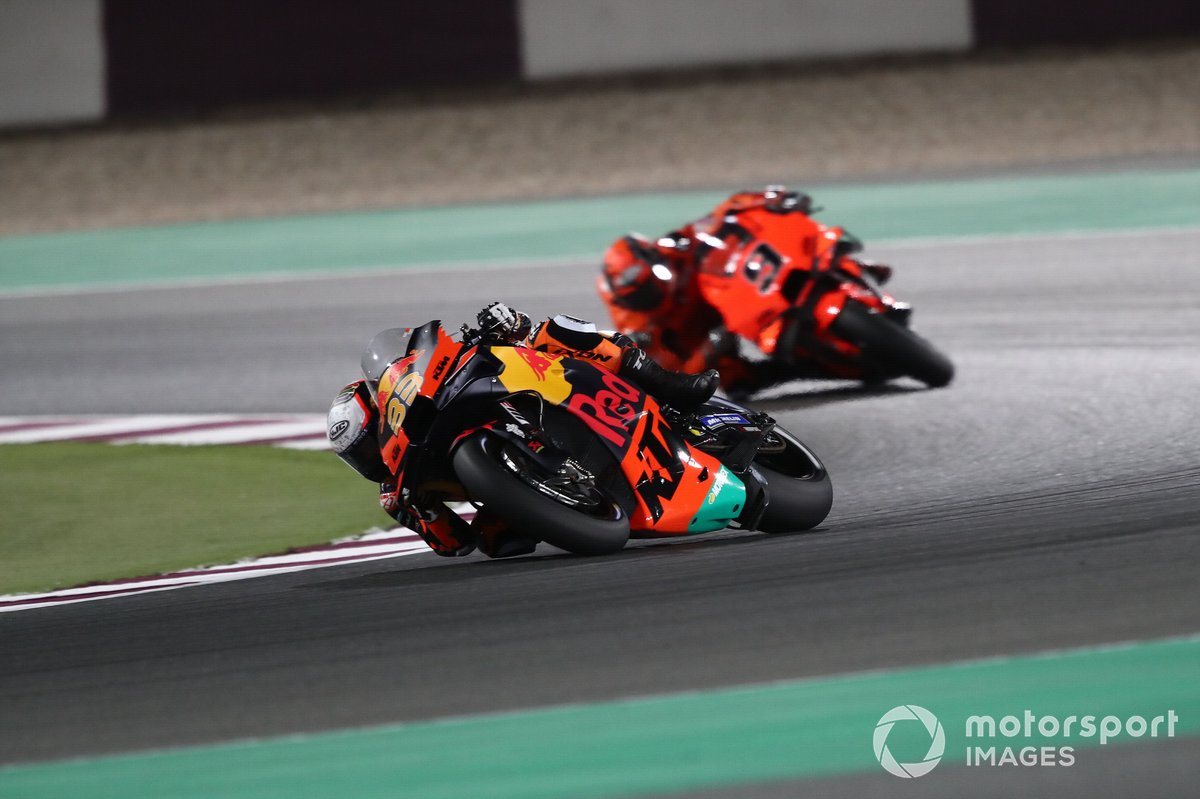 When asked what a realistic target was, Binder added: “I think if we could crack the top 10 I think it would be amazing.

“And that actually makes me sick to my stomach to even think that a top 10 will be OK.

“But with the circumstances it wouldn’t be the end of the world.”

Binder feels like the bike is “doing everything we want it to”, but concedes the Qatar track is making it harder for KTM to find form quick enough.

When asked by Autosport if KTM could do too much to the bike in Qatar knowing the circuit is the main cause of its issues, he replied: “It’s challenging because I come in and tell my guys the bike’s working well, and it is.

“It’s working really well. Our bike is doing everything we want it to and it’s doing its good points well.

“It’s just for this track it’s taking too long to get the bike turned around.

“When you can’t brake hard it’s difficult for us to point the bike in the direction we need to go and that’s been our kryptonite so far.

“But it’s tough to see us so far down the order, it’s a horrible sight, definitely not what we expected. But I still think we can work it out.”