Brad Binder feels he is making every corner of the Losail circuit “way too round” on his new KTM MotoGP bike in Qatar testing, which is “killing time”.

The one-time MotoGP race winner has had a difficult pre-season so far, ending the first test 1.5 seconds off the pace in 16th following two crashes on the last day, and was 20th on the opening day of the second outing on Wednesday after another tumble.

Branding his Wednesday “a bit of a shocking day”, Binder explained his problems are stemming from the front-end of the RC16 but believes KTM has found a direction to work in on Thursday to improve this.

“I think the main thing I really need to work on is getting the bike stopped and picking it up as soon as possible to get the power down,” he said.

“I feel like I’m making every corner way too round at the moment and it’s just killing time because we’re not using power of the bike.

“So that’s the main the main thing we need to work on at the moment, and I’m looking to be a little bit more at the front.

“I feel at the moment I’m quite loaded on the front and any small thing that happens tends to end up in it washing.

“So, I know we have a good plan for tomorrow and I’m sure we’ll improve it quite a lot.” 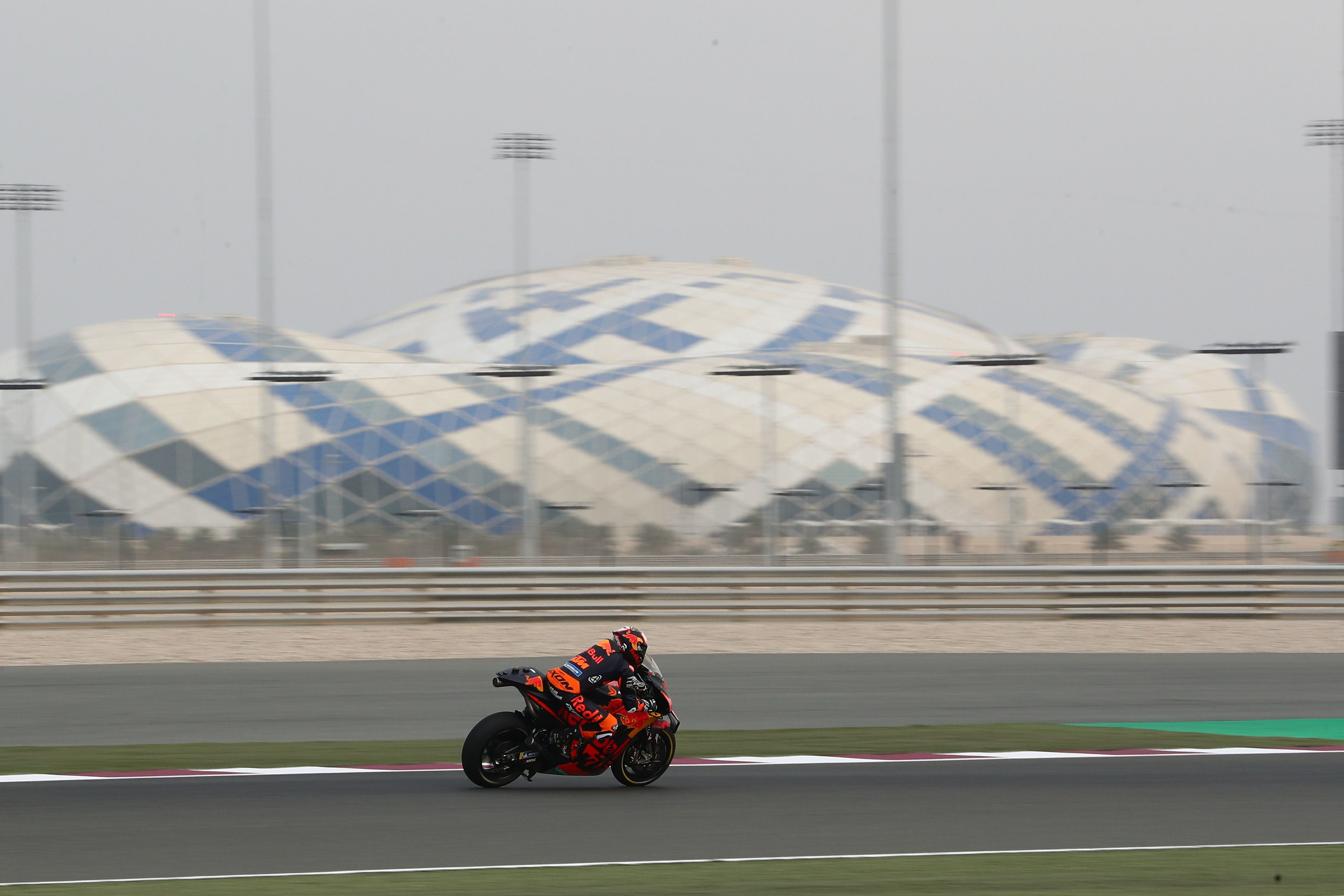 Improvements to the front end was also something factory KTM team-mate Miguel Oliveira was searching for after the first test.

After finishing Wednesday’s running once again as top KTM runner 1.343s adrift in 12th, Oliveira believes he is “quite OK” on the front end – but concedes it's harder for KTM riders to get Michelin’s front tyre allocation in Qatar into the proper working range.

Along with Aprilia, KTM is the only manufacturer who has been able to build a new engine for 2021, though neither factory rider tested it last weekend.

Oliveira did try the new motor during Wednesday’s running and was happy with how it felt – though wouldn’t reveal much more about its performance.

“Yes, we did, and it was positive feeling immediately from the beginning,” he said when asked by Autosport if he tested the new KTM engine.

“I felt good on it, so I carried out most of the day on this new spec engine.

“The new engine spec was done because we have less engines because of the concession points we lost last season [for winning three races], so of course KTM needed to rethink a bit the strategy on mileage and actually building of the engine.

“So, was more of a test to see if there was any negatives and there weren’t.

“So, I guess it was a pretty happy and smooth test.”