KTM’s Brad Binder had to use a pre-heated rear tyre for his sole Q2 run in MotoGP Spanish Grand Prix qualifying, which he says felt “like a rock”.

Many riders were critical of having to use pre-heated tyres during the Doha GP round, with a number of runners getting caught out in crucial moments with the lack of grip from these options.

Pre-heated tyres are unused tyres from an allocation for a grand prix weekend that have been returned to Michelin to be allocated at a later date, with that tyre ultimately going through separate heat cycles.

Michelin claims its findings show no difference in performance between ‘normal’ new tyres and pre-heated ones – but this is at odds with the general feedback from riders.

Having come through Q1 at Jerez, Binder was only left with one new soft tyre for his Q2 attack, with this option a pre-heated one which left him with a lack of grip and only able to qualify 11th and 0.712 seconds off pole. 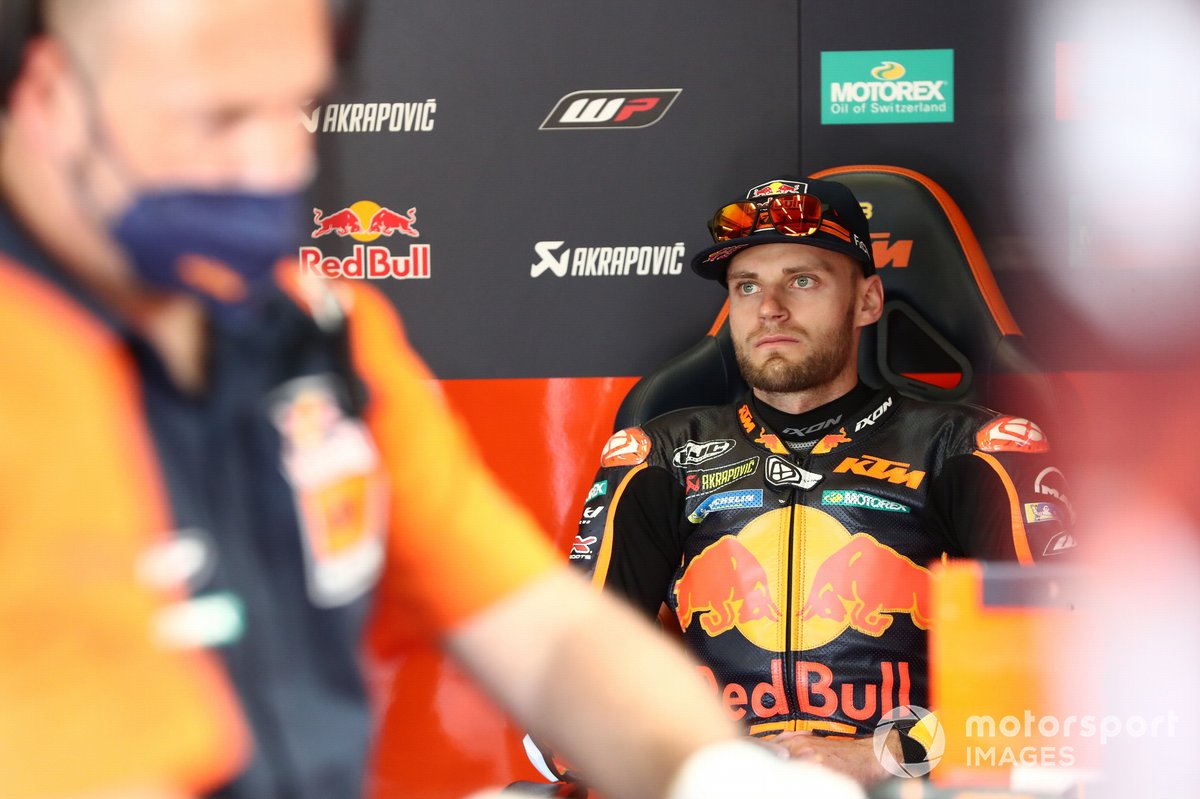 “It was a little bit difficult to do a lap in the end, but Q2… we had one tyre left and so I had to sit in the box and wait.

“So, we put in a used front and a new rear and the new rear we had was a pre-heated tyre.

“So, it was like riding around with a rock in the back and it was just spinning like hell and not going anywhere.”

Binder was lucky to walk away from a nasty looking crash in the FP3 session unscathed when he was flicked from his KTM at the Sito Pons right-hander after running off track.

The KTM rider says he was trying a different line on the way into the corner and missed his braking marker “by a mile”, which forced him off track and into the crash.

“FP3 I made a big mistake,” he explained.

“I tried to change up my line a little bit and when I did that my braking marker, I missed it by a mile.

“And if you go off track there where I did you’ll hit the wall because I was going straight for it.

“I just tried to hang on the angle for as long as I could and planned on picking it up as soon as I touched the gravel.

“But I just didn’t pick it up in time because obviously you are hanging off right trying to see and I didn’t see I was that close to the grass.

“I had quite a big crash there, but luckily all is good. A bit sore, but nothing too serious.”