Spies, the 2009 World Superbike champion, switched from the factory Yamaha MotoGP team to Ducati satellite outfit Pramac for this season but has competed in just two grands prix.

The MotoGP race winner injured his right shoulder in last year's Malaysian Grand Prix, and missed the final two rounds, but recovered in time for the start of 2013 and finished 10th on his Pramac debut at Losail in Qatar.

He then finished 13th at Austin before withdrawing from the next race at Mugello, and after a lengthy rehabilitation period damaged the other shoulder when he suffered a season-ending crash on his return at Indianapolis in August.

After undergoing surgery on both shoulders in the wake of that crash, further doubts were raised about his physical ability to compete and Spies has now made the decision to retire.

"I never dreamed that I would reach the level of success that I have over the past 20 years of racing, but the time has come to stop and I do so with great sadness," said Spies.

"I had such high hopes for racing for Ducati, and Ducati has been incredibly supportive of me during this challenging year.

"I am tremendously disappointed that I have not been able to fulfill my personal goals and team goals. I want to thank everyone from racing organisations, factories, teams and all my fans for helping me and supporting me throughout my career." 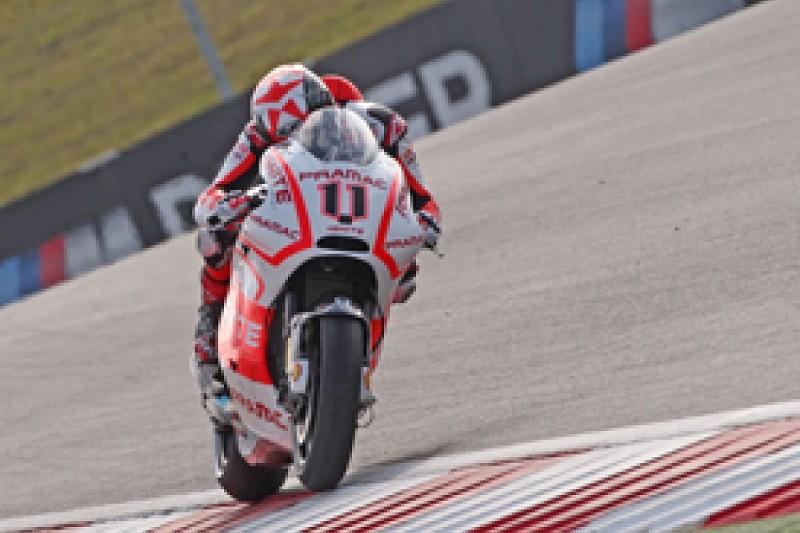 "We had high expectations when Ben joined Ducati in MotoGP this year, and we really hoped that he would fully recover from his Indianapolis crash injuries and continue to race for us in the future," he said.

"However we understand the reasons for his decision and respect them. It is really a shame for our sport that Ben will not be racing anymore, because in our opinion he is one of the most talented riders in the world.

"We will miss him and wish him all the best for his future life."