Bastianini steps up to the premier class this season with Ducati and Avintia, joining Moto2 runner-up Luca Marini, Pramac’s Jorge Martin and Aprilia’s Lorenzo Savadori as MotoGP rookies in 2021.

The rookie crop had an extra day of running last Friday in Qatar, with Bastianini fastest of the newcomers in 16th on the combined timesheets after Sunday’s running.

Ending the test 1.5 seconds off the best pace, Bastianini says he “completely changed” his riding style on the Ducati to better slide the rear of his GP19 during cornering.

“Today I completely changed my style,” Bastianini said when asked to sum up Sunday’s running.

“I am sliding a lot with the rear and it’s more important with this bike because I have a lot of control and you can open the throttle in a different style compared to Moto2.

“The big step has been this. It’s not that important to be fastest rookie today.

“I’m happy to be top rookie, and it’s important for my team and for me to make this great start.”

Team-mate Marini was just over a tenth further back in 20th, after working with his Avintia team to try and fit the tall Italian better to his Ducati. 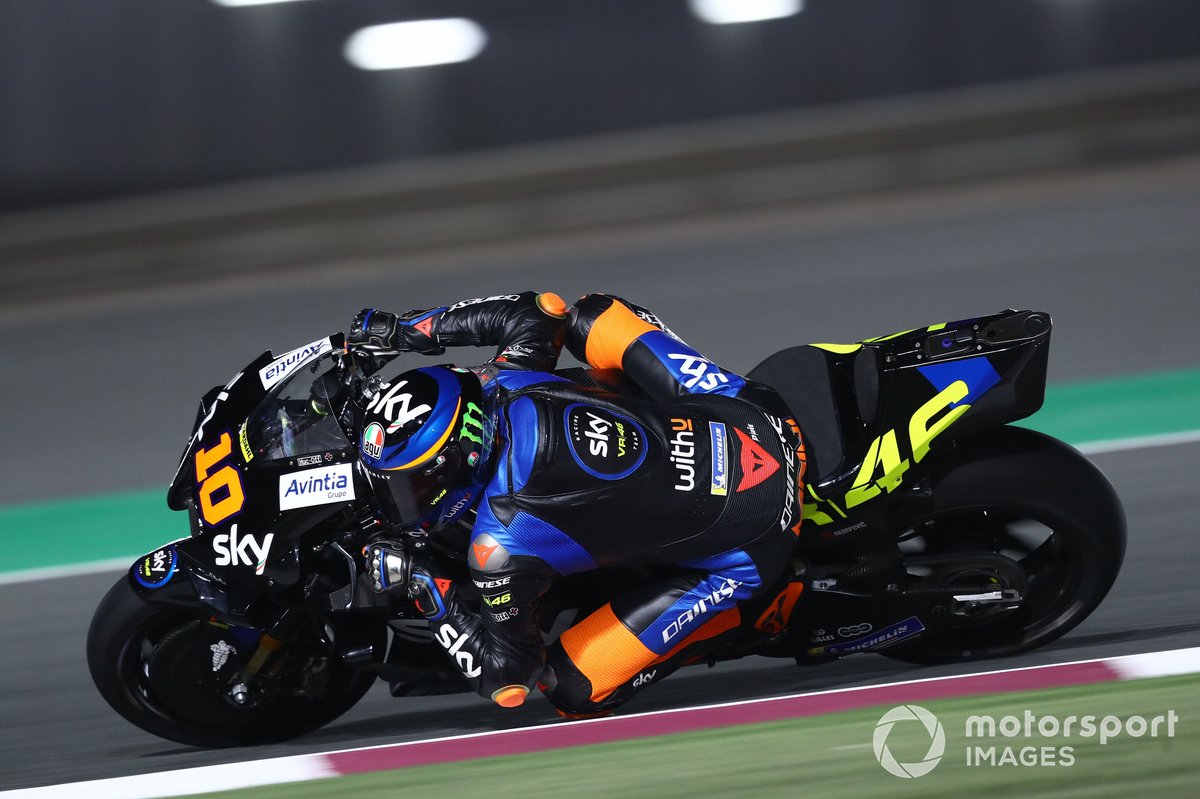 Branding Sunday as the “best of the three” days he’s had on the bike so far, Marini added: “I enjoyed more riding my bike because we worked a little bit on the set-up.

“So it was a little bit easier to ride the bike because we tried something I needed to feel more comfortable in every part of braking, corner entry especially.

“Also, my riding style in the braking area improve a lot, so now I’m closer to the top guys in Ducati.

“We worked more on the electronics side, now the bike is much easier to control and to prepare all the exit and exit well, and also preparing all the braking.

“I found more contact with the front, especially because it’s very important to have the front contact in the moment that you have to brake because when you brake harder when you’re still wheelieing, then the bike is more nervous and there is the possibility to crash.

“Also, today I pushed more on the tyres and I felt better the limit of these tyres which are so much more different compared to Dunlop.

“I’m feeling much better on the bike, more comfortable.”