Pedrosa is widely expected to be part of a new Petronas-backed, Sepang-owned operation next season, taking the seat that had been earmarked for his 2019 replacement at the works Honda team Jorge Lorenzo.

Official confirmation of the agreement between Yamaha and the Malaysian oil giant has yet to arrive, with Pedrosa having remained tight-lipped about his plans following the news of his impending departure from Honda.

It is understood the new team would effectively replace the Angel Nieto (formerly Aspar) squad, which currently runs a year-old Ducati for Bautista and a two-year-old machine for Karel Abraham.

Speaking ahead of this weekend's Dutch TT at Assen, Bautista admitted his future in MotoGP appears bleak - with his only real chance to remain on the grid likely to be if Pedrosa does not race, given Valentino Rossi protege Franco Morbidelli is all-but-certain to be on one of the two satellite M1s.

"I am in a complicated situation," admitted Bautista, who lies 15th in the standings with a best finish of eighth at Jerez so far in 2018.

"I had a very difficult start to the year and when all the contracts are closed already in the third race, you're a bit out of the game.

"What happens if I continue in this current upward curve and fight for the podium? Is there no place for me?

"The only good thing would be the satellite Yamaha, which depends on what Dani does - if he stays, if he doesn't stay, if he takes it, if he doesn't take it... so I have to wait for that.

"Right now, it's the best option. After that, there are not many more. And if there are two motorcycles less [if Marc VDS folds at the end of 2018], it does not help either." 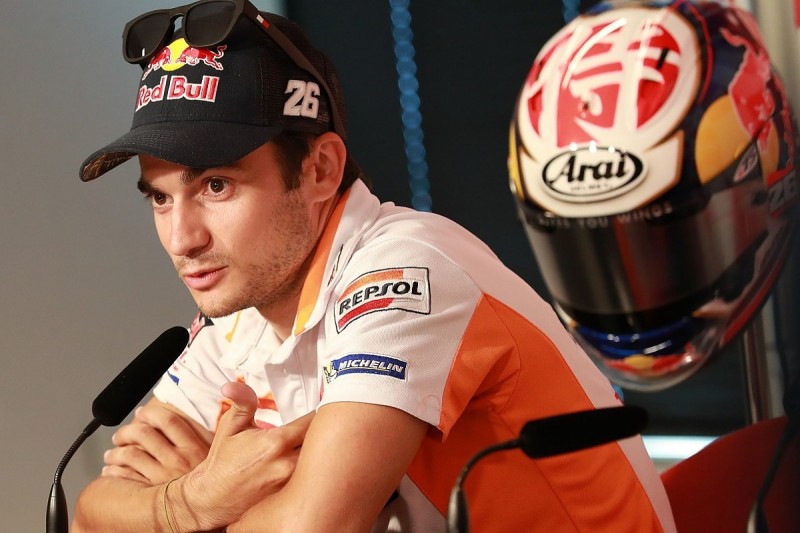 Pedrosa defied expectations that he would announce his retirement during a packed Thursday debrief at his home round at Barcelona earlier this month, suggesting the Petronas-Yamaha deal remains on course.

Yamaha team boss Lin Jarvis has also spoken openly about the prospect of Pedrosa riding an M1 next season.

In the pre-event press conference at Assen, Pedrosa was unwilling to divulge any further information about 2019.

"I know there are a lot of people waiting and wanting to know some information, but unfortunately I can't give any different news from what I already said in Barcelona," he said.

"I expected [to have something to say] too but still things are going slow, we don't know at this moment exactly.

"Sooner or later I will have something to say."