FP1 was the MotoGP field’s first chance to sample the revised Turn 10 layout, which the Barcelona circuit revamped earlier this year.

Generally a low-grip circuit, lap times tumbled across the opening 10 minutes of the session and top spot changed hands a number of times.

Aleix Espargaro set the initial pace with a 1m42.318s on his Aprilia before his Honda-mounted brother Pol Espargaro took over with a 1m41.724s.

Pol Espargaro edged ahead of team-mate Marquez with a 1m40.837s just over 10 minutes in, before Morbidelli returned to the top of the pile with a 1m40.402s.

This time stood as the benchmark until the closing moments, though most of the field elected against fitting fresh rubber for a late time attack.

Aprilia’s Espargaro did fit a set of fresh mediums to his RS-GP and produced a 1m40.378s to end the session fastest from Morbidelli. 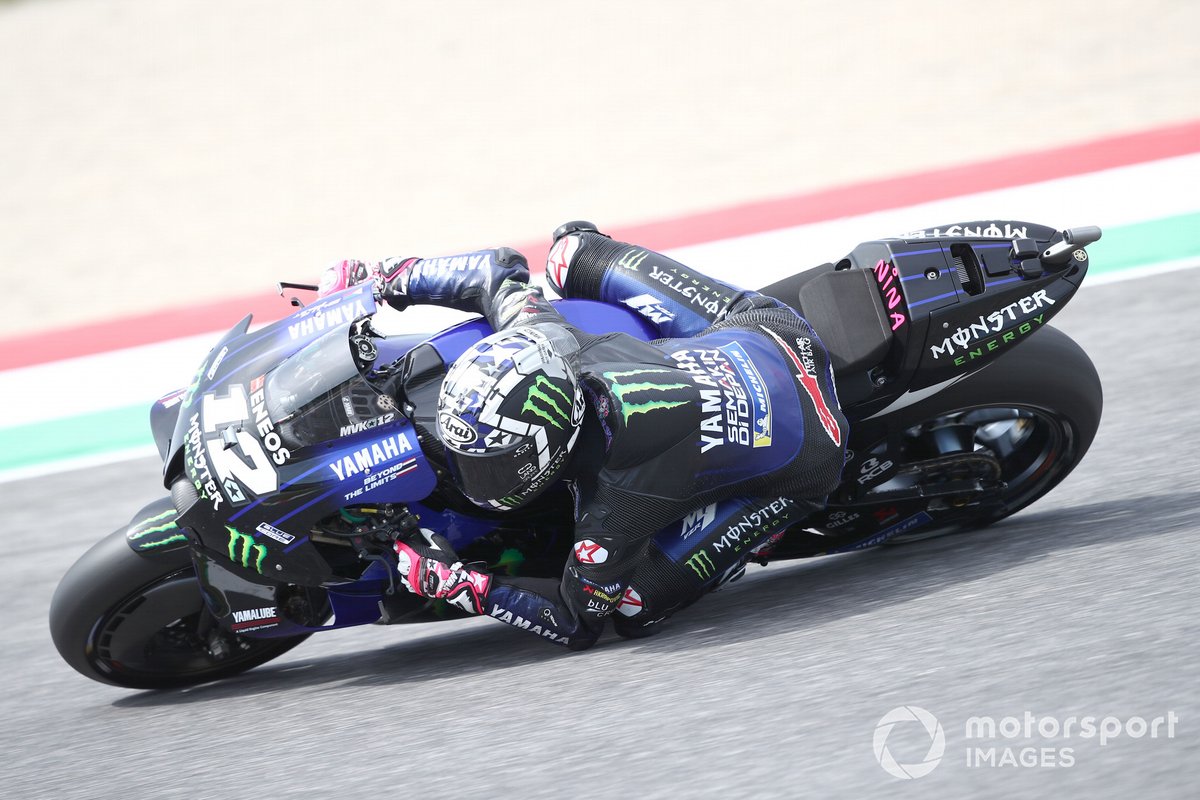 Vinales comes into the Catalan GP having split with crew chief Esteban Garcia – ostensibly a Yamaha decision – following a difficult run of form since winning the Qatar GP, and is now working with ex-Valentino Rossi man Silvano Galbusera.

Johann Zarco was the top Ducati in fifth on his Pramac GP21, the Frenchman arriving to Barcelona with his 2022 future with Pramac secured.

Quartararo was sixth ahead of KTM’s Miguel Oliveira, with Mir in eighth on the sole Suzuki this weekend after team-mate Alex Rins broke his right arm in a training crash on Thursday.

Jorge Martin returns to action this weekend for the first time since suffering multiple fractures in a violent practice crash in Portugal.

The Pramac rider was an impressive 12th ahead of Marc Marquez, Tech3’s Danilo Petrucci and the other SRT Yamaha of Rossi.

Though no real time attacks were completed in FP1, the 21-rider field was still only covered by 1.3 seconds.