KTM struggled in the early races of 2021, but a chassis update and new fuel supplier propelled the Austrian marque back to front-running status over the last two grand prix – Oliveira claiming his first win as a factory team KTM rider.

Jack Miller used the power of the Ducati to grab the holeshot off the line ahead of KTM’s Oliveira and Quartararo on the Yamaha.

Behind, reigning champion Joan Mir had worked his way up from 10th to fourth on the Suzuki, while Marc Marquez and Aleix Espargaro – who both gambled on soft rear tyres – in the mix early on.

Miller made a mistake at the Turn 4 right-hander and let Oliveira into the lead, while Quartararo dropped to fifth behind Mir and Aprilia’s Espargaro when he unsuccessfully made a lunge on Miller at Turn 7.

Quartararo was also demoted by Johann Zarco on the Pramac Ducati on the run into Turn 1 on lap three, but carved underneath him again at Turn 5.

Oliveira extended his advantage over Miller to close to a second by lap five, with the Australian dropping behind both Mir and Quartararo a tour later.

Quartararo dispensed of Mir with a brilliant scythe up the inside of Turn 3 on lap seven, though this allowed Oliveira’s lead to extend to 1.2s. 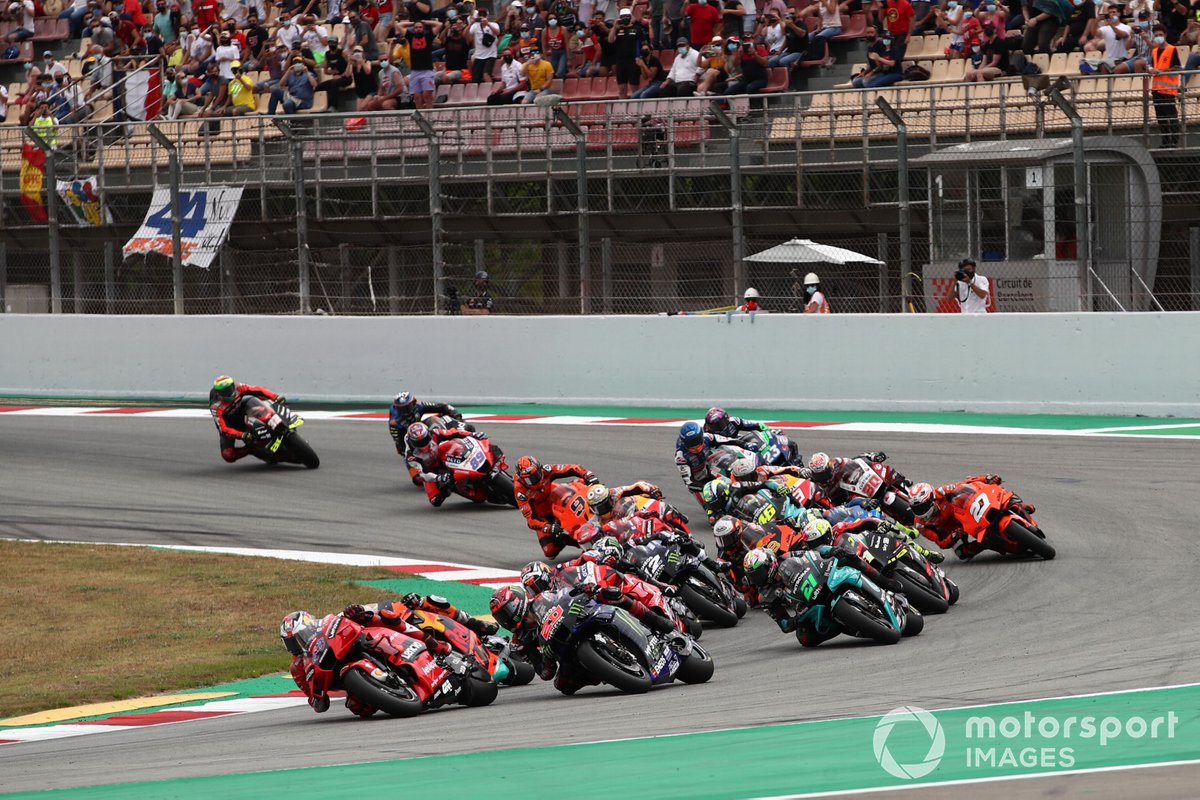 However, Quartararo steadily wiped this gap out over the next few laps, eventually finding a way through on the KTM rider at Turn 5 on the 12th tour.

Ahead of the race Quartararo was expected to be able to gap the field if he could get into the lead, but Oliveira ensured the Yamaha rider couldn’t deploy his rhythm by out-dragging him into Turn 1 two laps later.

Crashes for Aleix Espargaro on lap 11 and Marquez on lap 8 thinned out the lead pack somewhat, with the leading duo of Oliveira and Quartararo building a gap of just over a second to the group behind by lap 18.

Mir couldn’t run with the pace of the top two and dropped behind both Zarco and Miller tow tours earlier, with a charging Vinales closing up to the Suzuki rider late on.

As the pace slowed with the leaders hitting tyre wear, the gap between Oliveira and Quartararo and Zarco and Miller behind shrunk to under a second with four tours to go.

Oliveira’s consistent pace on the hard front and rear tyre allowed the KTM rider to open up a gap of over eight tenths by the end of lap 21 to Quartararo – who appeared to be hitting trouble with his medium front as Zarco honed in.

Zarco eased ahead of Quartararo on the main straight to snatch second, with the Frenchman running off at Turn 1 after a moment under braking. 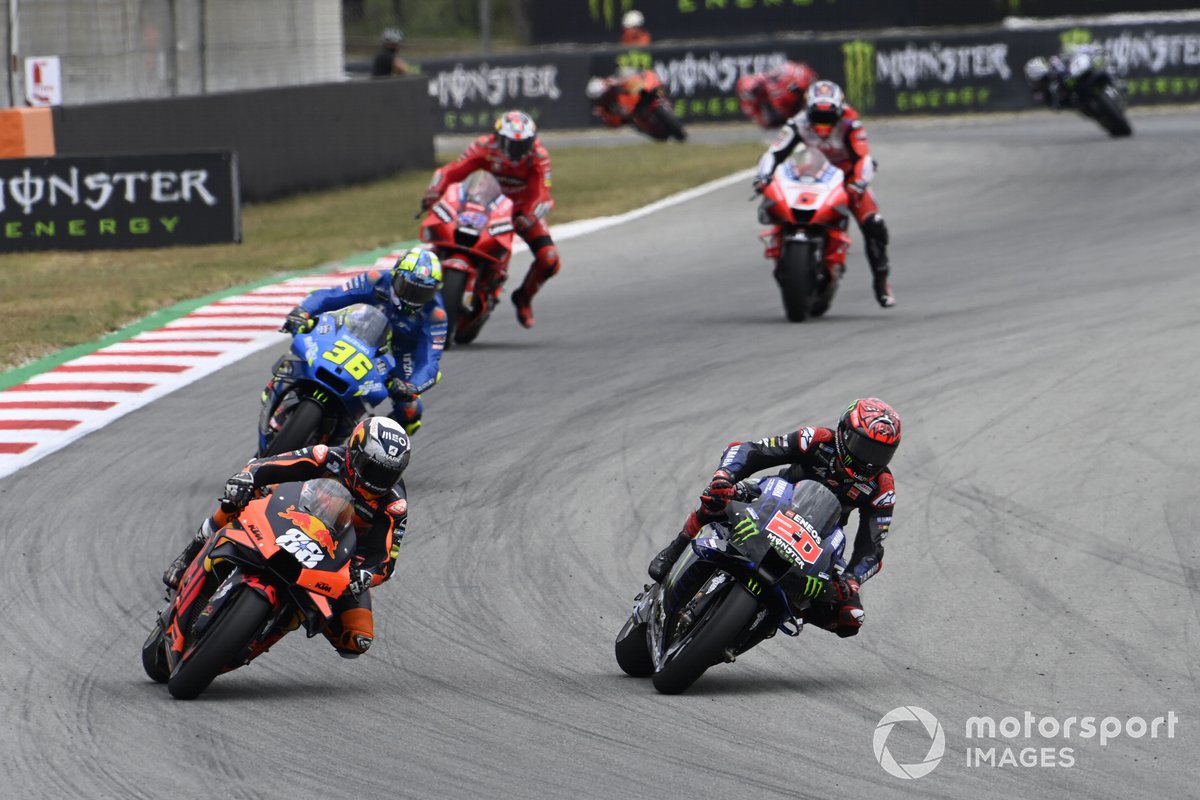 Bizarrely, Quartararo’s leathers had burst open and he lost the chest protector in the latter stages – though he continued to battle with Miller for third.

At the front, Oliveira came under immense pressure from Zarco over the final lap, the gap between the pair under four tenths after the first two sectors.

But Oliveira didn’t put a foot wrong across the second half of the lap to keep Zarco at bay by 0.175 seconds to secure his first win of 2021.

Quartararo’s off-track excursion at Turn 1 on lap 22 netted him a three-second time penalty, meaning he dropped to fourth despite taking the chequered flag ahead of Miller in third.

Mir completed the top five ahead of Vinales, while Franceco Bagnaia was a distant seventh on his factory Ducati ahead of the sister KTM of Brad Binder, Petronas SRT’s Franco Morbidelli and Avintia rookie Enea Bastianini.

Alex Marquez was 11th on the LCR Honda, with Luca Marini (Avintia), Takaaki Nakagami (LCR), Pramac’s Jorge Martin – who had to start last after crashing on the sighting lap – and Aprilia’s Lorenzo Savadori completing the points.

Quartararo’s dramas have led to his championship lead being cut to 17 points by Zarco, with Oliveira edging slightly closer in seventh and 64 points adrift.