The Barcelona circuit has agreed to carry out resurfacing and track modifications in order to ensure it remains on the 2018 MotoGP calendar, its place having been under threat

The new chicane created after Moto2 rider Luis Salom was killed in a 2016 practice crash proved controversial during last month's Catalunya Grand Prix, as did the age of the asphalt - not resurfaced since 2007.

Most of the riders, led by Valentino Rossi, stood firm during the Friday evening Safety Commission meeting at Barcelona, and pushed the track not to use the chicane that had been built specifically for the event.

In the end, MotoGP used the homologated Formula 1 layout on Saturday and on Sunday.

KTM rider Bradley Smith said post-race that Barcelona should be given an ultimatum to undergo resurfacing or face being dropped next year, as the asphalt's grip levels had become dangerously low.

And last week, Dorna CEO Carmelo Ezpeleta admitted there was the possibility of excluding Barcelona from the 2018 calendar if it did not make the necessary modifications - even though it has a valid contract.

"If Catalunya remains on our calendar, we will have 19 races, and if not, 18," Ezpeleta told Spanish newspaper AS, referring to the likely inclusion of Thailand on the 2018 schedule.

Barcelona circuit bosses are now working to ensure they keep the race, which has been on the MotoGP calendar continuously since 1995. 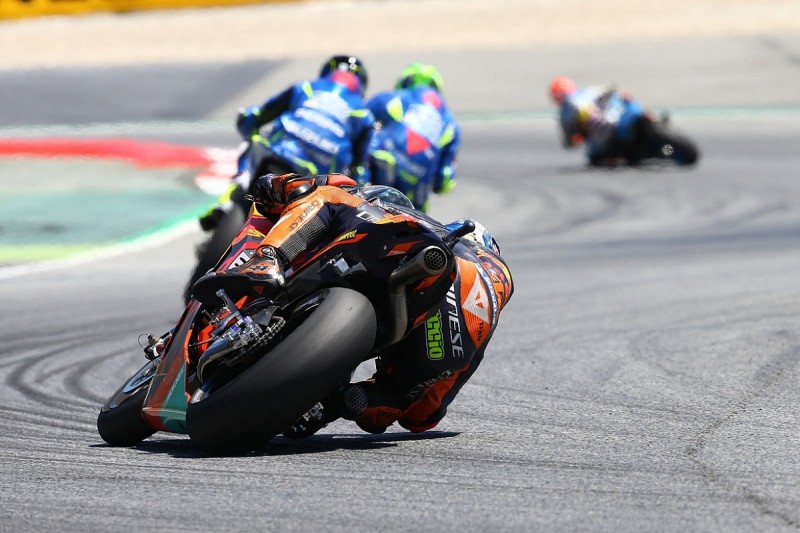 They have agreed to bring resurfacing plans forward by a year, after the two venues with newly relaid asphalt for this season - Le Mans and Sachsenring - received rave reviews from riders.

The run-off area at the Turn 12 right-hander, where Salom was killed, will be increased by moving the grandstand towards the final corner. The asphalt apron will also be replaced by gravel.

"We've been working for one and a half years, trying to find the resources to resurface the track for the 2018-2019 financial period, and now what we want to do is to advance this by one year," Barcelona circuit boss Joan Fontsere told Autosport.

"For Turn 12, our main intention is to keep the original layout [without the chicane]. We want to move the grandstand downwards in order to increase the run-off area.

"Our plan will we the same as what we did with the chicane: first we will send it to Dorna, then to the Safety Commission and last but not least, to the FIM, which is in charge of the homologation."

Elsewhere in Spain, Jerez is set to stay on the MotoGP calendar for a further three years after agreeing to a resurfacing of its own, having been another track to come under fire for its low grip levels this year.

It means next year's schedule will likely again include four Spanish rounds, despite some speculation that the inclusion of Thailand could lead to one of them being axed. 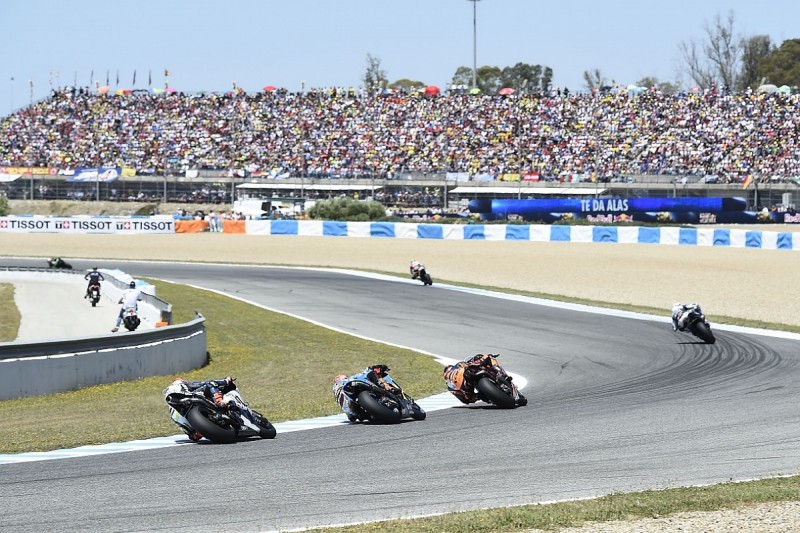