Pramac Ducati rookie Jorge Martin came from Q1 to snatch a second-successive pole by 0.034 seconds from Fabio Quartararo for the MotoGP Austrian Grand Prix with another lap record.

After storming to pole ahead of his maiden win in the Styrian GP one week ago, Martin’s fortunes changed in FP3 on Saturday at the Austrian GP when he crashed and had to go into Q1.

Making his way out of the first part of qualifying, Martin denied Quartararo pole with his final effort to claim his third Saturday success in just his eighth MotoGP race weekend.

His Pramac team-mate Johann Zarco came into qualifying for the Austrian GP as the rider to beat having set a new lap record in FP1 on Friday, and set the initial pace in the 15-minute Q2 with a 1m23.9842s.

Marc Marquez quickly guided his Honda to a 1m23.431s to take over from Zarco, before Styrian GP poleman and race winner Jorge Martin shot to the top of the order with a 1m23.037s having come through Q1.

But this stood for all of 30 seconds as Quartararo blitzed his way to a new Red Bull Ring lap record with a 1m22.677s on his factory Yamaha.

Quartararo was on course to better that effort on his following lap, but narrowly missed out with a lap still underneath the old lap record.

As the session drew to a close Quartararo’s 1m22.643s looked set to remain intact, but Martin found himself behind Zarco on his final lap and was flying.

Lighting up the timing screens as he entered the end of the lap, Martin produced another Red Bull Ring lap record of 1m22.643s to score pole from championship leader Quartararo.

Factory Ducati rider Francesco Bagnaia had no time on the board with five minutes to go owing to track limits violations, but managed to secure third with a 1m23.063s. 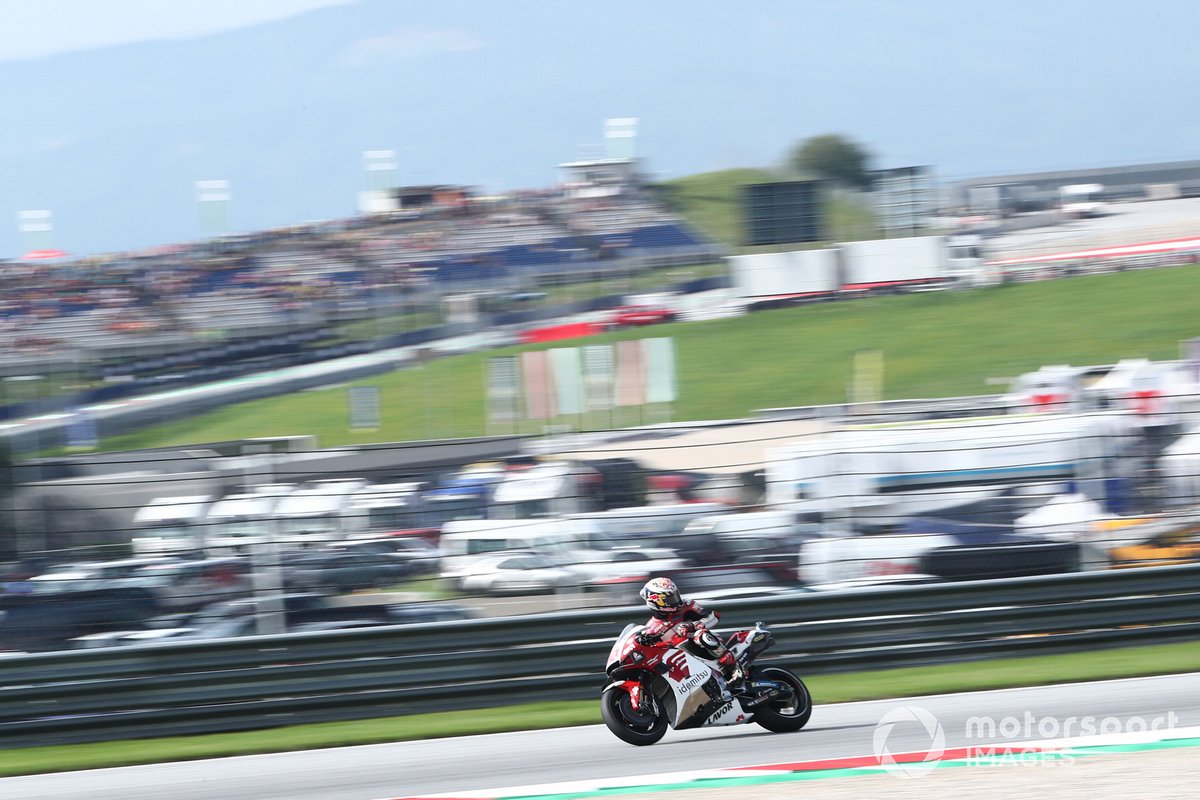 Zarco will head row four, 0.477s off of his team-mate in pole, with Marquez and the sister factory Ducati of Jack Miller completing the top six.

Joan Mir will start seventh on the Suzuki having edged ahead of the Aprilia of Aleix Espargarao by 0.045s, while factory KTM duo Miguel Oliveira – who followed Martin through Q1 – and Brad Binder, and the Hondas of Pol Espargaro and his LCR counterpart Takaaki Nakagami rounded out the top 12.

For the second week in a row, Suzuki’s Alex Rins failed to lift himself out of Q1, missing the cut by just 0.105 seconds after Oliveira demoted him on his final lap.

Alex Marquez will have to work his way from 14th on the grid on his LCR Honda, with Avintia rookie Enea Bastianini heading Tech3 KTM’s Iker Lecuona and the sister Avintia Ducati of Luca Marini.