Abraham, who qualified second in Argentina a fortnight ago, crashed exiting Turn 11 in Friday's second practice session, with his 2015-model Ducati landing on his right ankle.

A decision on whether he continues in the third round of the season will be taken on Saturday, following the collision with his team-mate that came just after he fitted soft tyres late in the session.

"I went out and took the first few corners carefully then started to push," Abraham said.

"I got to the hairpin before the back straight and braked a little too late, so I ran wide.

"When I turned and opened the throttle, unfortunately Alvaro was exiting the corner at the same time and I don't know if his bike moved or what but he hit me from the side.

"I didn't expect it, I had a big crash and the bike landed on me. Now I have pain in a couple of places.

"I need an X-ray on my ankle but I hope to be back on the bike again [on Saturday].

"I am annoyed because if you make a mistake and crash you at least learn something.

"This one was completely useless." 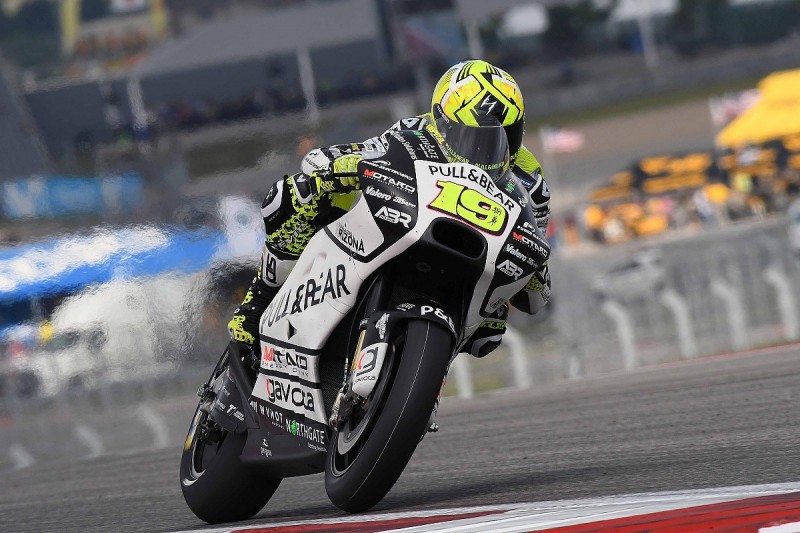 Abraham finished with the 21st fastest time, five places behind Bautista, who said he thought the Czech rider had seen him and was giving him room in the incident.

"I thought he was letting me through but then he came back onto the track and there wasn't enough room for both of us.

"We touched and he went down. Luckily I think he's OK."