Laverty was immediately discovered to have fractured his left wrist, dislocated his right shoulder and sustained a blow to the head when he had a violent crash at the Spanish Grand Prix venue in testing on Thursday.

He travelled to Barcelona for surgery on the wrist on Friday, and further examination at the Quiron Dexeus university hospital revealed the additional injuries. 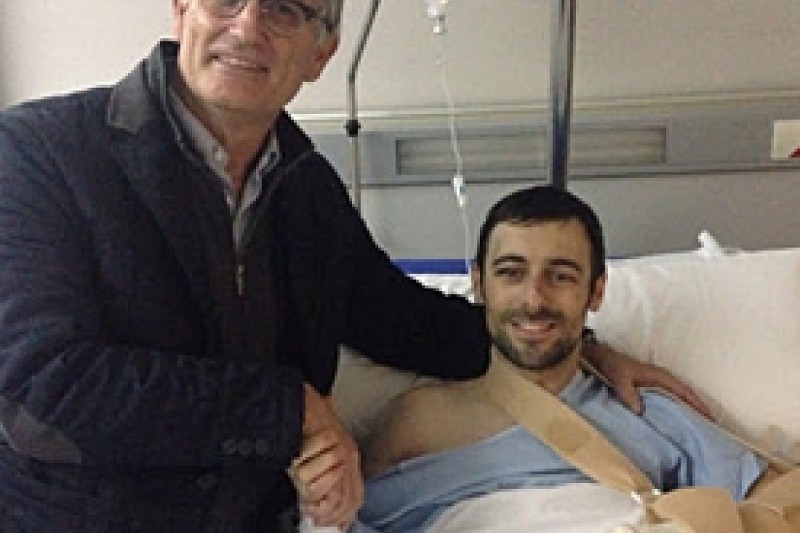 Laverty was found to have a fracture on his first thoracic vertebra and a fracture to his right shoulder.

Neither will need surgery and both should recover with rest.

The operation on his wrist was carried out by regular MotoGP surgeon Dr Xavier Mir and took 90 minutes.

It involved the fitting of a titanium plate to repair the fracture.

Laverty will require between four and six weeks to recover, but will be fit by the time the first 2016 MotoGP tests take place next February.

His team-mate Yonny Hernandez continued testing at Jerez on Friday in Laverty's absence, along with the works Honda, Ducati and Aprilia teams.

World Superbike race winner Laverty finished 18th in the overall standings and sixth in the Open class in his maiden MotoGP campaign this year, and stays on for 2015 as Aspar swaps from Honda to Ducati machinery.