The opening race of the 2019 ATC finale at Sepang got under way after MotoGP qualifying earlier on Saturday.

On the opening lap, at Turn 10, Munandar was involved in an incident with Japanese rider Shinji Ogu.

The race was red-flagged immediately while both riders received trackside medical assistance.

Munandar was subsequently taken by air to the Kuala Lumpur Hospital, while Ogu was reported as conscious and taken by ambulance.

Despite the best efforts of the medical team at the hospital, 20-year-old Munandar succumbed to his injuries.

Munandar had enjoyed a strong campaign in the ATC in 2019, scoring two victories and four other podiums, and was just 27 points from standings leader Takuma Matsuyama ahead of this weekend's final two races.

In a statement released confirming Munandar's death, governing body the FIM said: "The FIM, Dorna Sports and all those in the Idemitsu Asia Talent Cup pass on our deepest condolences to the family, friends and loved ones of Munandar." 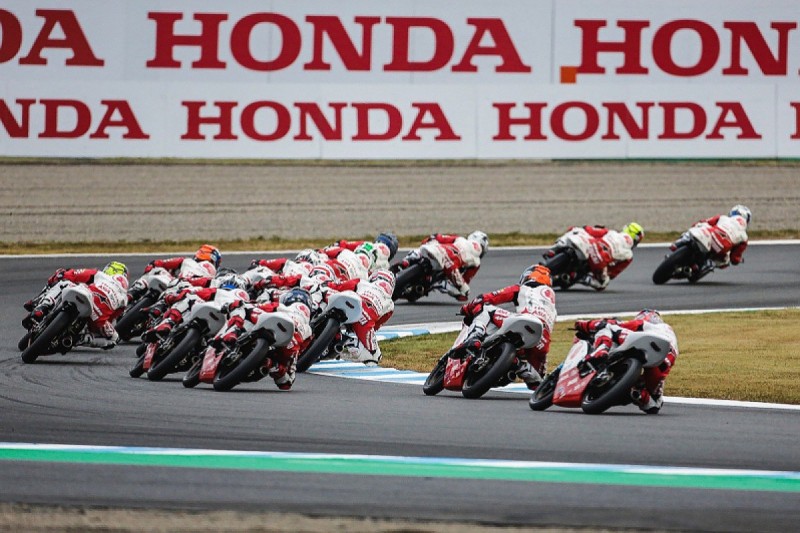 Following the announcement, Dorna's Talent Promotion Director and current Honda team boss Alberto Puig assembled a meeting with all ATC riders to vote on how to proceed with the weekend.

All riders voted to continue racing on Sunday, though any who wish to sit out the final contest of the season has the "full support and understanding" of organisers.

A minute of silence will be observed on the grid at 11:20am local time on Sunday in memory of Munandar.