MotoGP Dutch Grand Prix winner Fabio Quartararo admits he’s been struggling with his right arm throughout the Assen weekend and was “scared” about it halfway through the race.

Quartararo was robbed of a victory at the Spanish GP in May when he suffered arm pump in his right arm which required surgery following the Jerez race.

He hasn’t had many issues with his arm since, but the physical nature of the Assen track this weekend meant he “struggled” during the Dutch GP.

Taking the lead on the opening lap, Quartararo was forced to spend several tours stuck behind the Ducati of Francesco Bagnaia before eventually making a move stick on lap six.

From there, Quartararo went on to dominate the race, opening up a gap of over four seconds and one stand, sealing victory by 2.7s at the chequered flag.

However, he feels he could have lapped even quicker than he did had it not been for the issues he was having with his right arm. 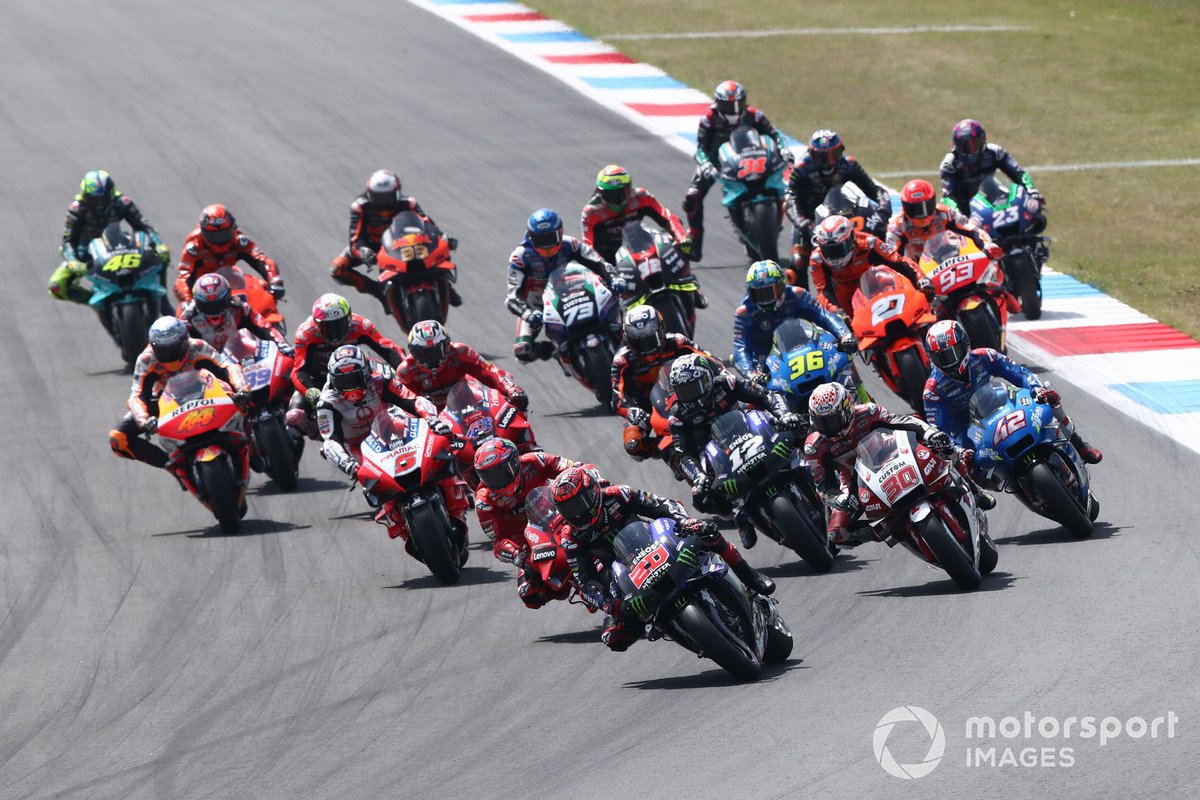 “This one was tough,” Quartararo said in parc ferme after the race.

“[It] was a really tough race because I was struggling to overtake Pecco and I struggled a little bit all weekend with my right arm.

“And in the race, to be honest, I could go three, four tenths faster every lap.

“But I was feeling really bad and at half race to be honest I was a little bit scared.

“But I keep the pace and I can be happy because it was the battle with Maverick [Vinales] on the Saturday, he won, so the points arrive on Sunday. So, I’m so happy.”

This is Quartararo’s fourth win of the 2021 season, and with nearest title rival Johann Zarco fourth in the end, the Yamaha rider’s championship lead has swelled to 34 points heading into the five-week summer break.

Quartararo headed a Yamaha 1-2 at the chequered flag, with poleman and team-mate Vinales working his way through to second after dropping to fifth on the opening tour.

Vinales dominated headlines coming into Sunday’s race after it was reported that he is considering quitting Yamaha at the end of the 2021 campaign and moving to Aprilia following his deterioration in his relationship with the team.