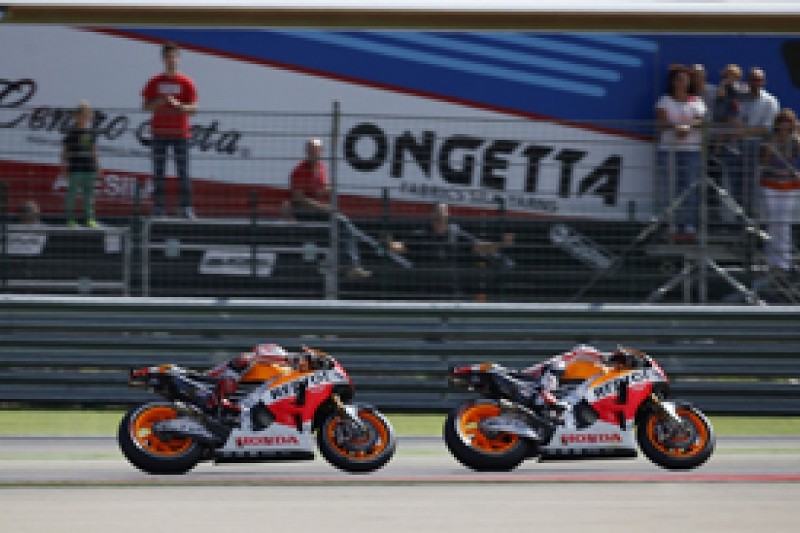 Pedrosa appeared to crash alone just moments after Honda team-mate Marquez had run wide in a bid to pass him for second.

But it then emerged that light contact between the pair had damaged a cable in Pedrosa's traction control system, leading to the high-side on the exit of the corner.

"I went a little wide under braking, lifted the bike up and made light contact with him," said Marquez.

"I'm not sure he even noticed it, but it was a bit of bad luck because the team told me I caused his traction control cable to snap and I'm sorry for that - it's something very unusual to see."

Pedrosa escaped serious injury in the crash, but is now 59 points behind Marquez - who went on to win the race - in the standings with four rounds to go.

"I took a heavy knock to my hip and my groin area, but I was unable to escape relatively unhurt from what was a big crash," said Pedrosa.

"Marc went in too wide on the corner entry, clipped me from the outside and I went flying when I got on the gas."