Lowes stepped up to the premier class in 2017 after three seasons in Moto2, having entered that from the World Supersport Championship rather than the traditional Moto3 route.

His best qualifying result from the first four events in the 23-rider field was 20th at Austin, with 16th at Jerez his best finish.

Lowes said that was "the worst race of my life", but had been encouraged by the ground covered on his learning curve earlier in the weekend.

"The Sam Lowes is in there somewhere. It's coming together.

"The problem is with these things that it's more like a jigsaw. You can't get it close and ride it, it doesn't work like that. 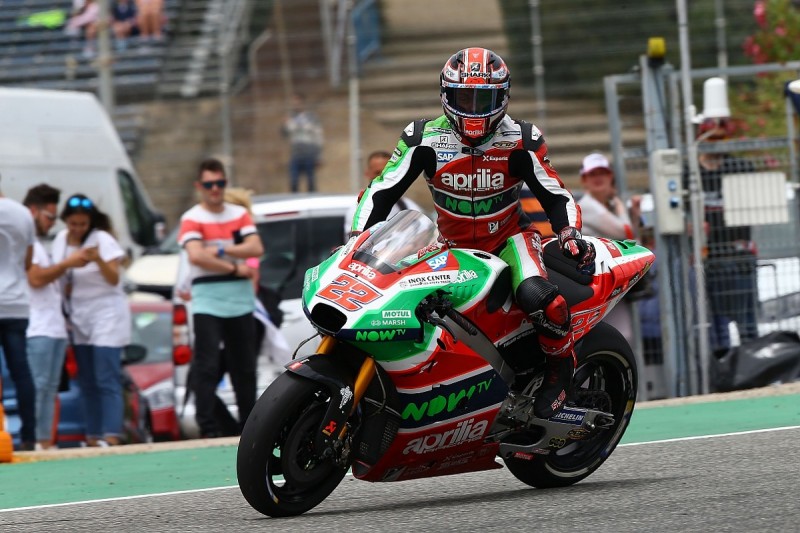 "In Moto2, you get it somewhere near, I tell the guys to move the bike and I can just go and ride as hard as I can.

"It's not like that. But it's good, if you've had it like that you only get to [a certain level].

"You need to do the jigsaw to get to [the the next level]."

Lowes is the only full-time rider yet to score points this year, and admits he is "still missing a little bit of confidence" on a MotoGP bike.

Aprilia is set to introduce a new chassis and gearbox over the coming month, and, like team-mate Aleix Espargaro, Lowes believes the chassis will help front-end feel.

"It's about loading the front tyre more," he said.

"When we release the brake and release everything, even if you take 10% gas you've got a little bit too much [weight] transferred to the rear of the bike to unload the front as well.

"We know we need to load the front more and force the tyre into the track more."

MotoGP team not on Valentino Rossi's radar yet