Aleix Espargaro says he proved in last Sunday’s MotoGP Qatar Grand Prix that Aprilia’s pre-season form “was not a joke” and the team is “better than ever”.

Aprilia is one of only two manufacturers along with KTM who was allowed to start the 2021 MotoGP season with a new engine, with the marque’s RS-GP proving to be a step forward in all areas compared to its predecessor.

Espargaro qualified eighth and was able to run in the front group to claim seventh in the race, ending up just 5.9 seconds from the victory and bettering his top result of eighth from the entire 2020 season.

Asked by Autosport what he learned about the new bike in the race, Espargaro said: “I’m happy. It’s been a solid race, we showed the pre-season was not a joke, that we are better than ever and we are able to fight with the top riders.

“Unfortunately, we still have to learn quite a lot of things, especially at the beginning of the race.

“With a full tank I suffered a little bit, so I lost quite a lot of ground.

“And then mid-race I was able to overtake a lot of riders and then with [Joan] Mir we arrived to the main group, but in the end I had no more front tyre.

“But the general feeling is okay and I think for the next race we will be more ready.

“But in other years when I had the feeling [of this race], maybe I try to push more and try to get a top five, and it’s very easy to make a mistake.

“It’s just the first race, so this year it’s very important to achieve points every race and I think this is a good beginning.” 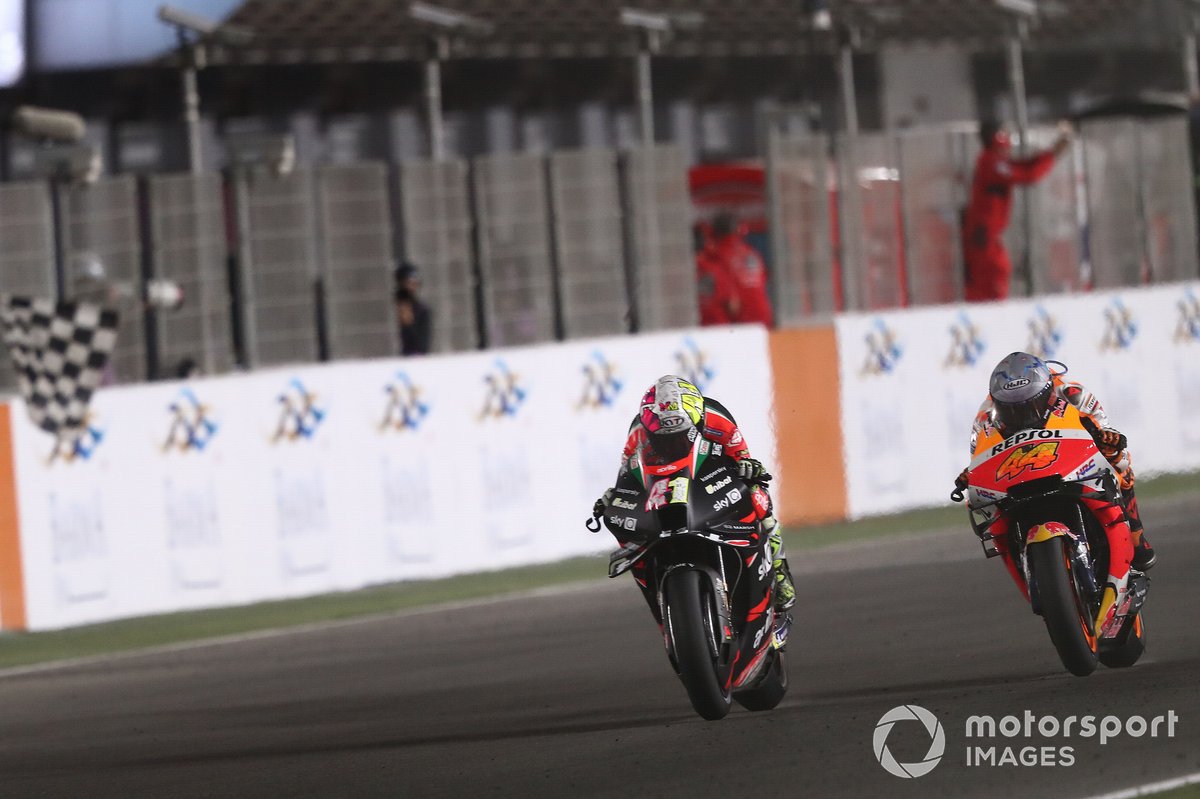 Espargaro was pleased with the stopping power of the RS-GP and how it accelerated, but admitted he didn’t have as much top end power even with a slipstream as he expected.

“I can feel the bike has good potential on the brakes and good acceleration due to the downforce,” he added.

“Unfortunately, in fifth, sixth gear I suffered more than I expected because I know when I’m alone I lose a lot of speed, but I thought that in the draft I would be able to stay with the bikes in front of me.

“But it wasn’t like this, I lost a lot of time in the straight.

“So overall I think this bike is competitive and I did all race with no problems, the electronics worked quite good. The tyre, the fuel consumption has been very good. Everybody suffered and we were okay, so it’s just a very good start.”