The Italian manufacturer lagged behind rivals last year in introducing the RS-GP, with its first fully-fledged prototype only running for the first time five weeks before the Qatar season opener.

While Aprilia made inroads during the second half of the campaign, especially following the introduction of a new frame at Misano, recruit Aleix Espargaro felt the package 'needed a diet' and could use more low-end power following his first test last November.

Former Suzuki rider Espargaro will start testing what is described as Aprilia's 2017 bike this week, a headlined by engine gains.

"During the winter break, we were able to make tangible progress, meeting the needs expressed specifically by Aleix in the 2016 tests [pictured below]," Aprilia racing manager Romano Albesiano said. 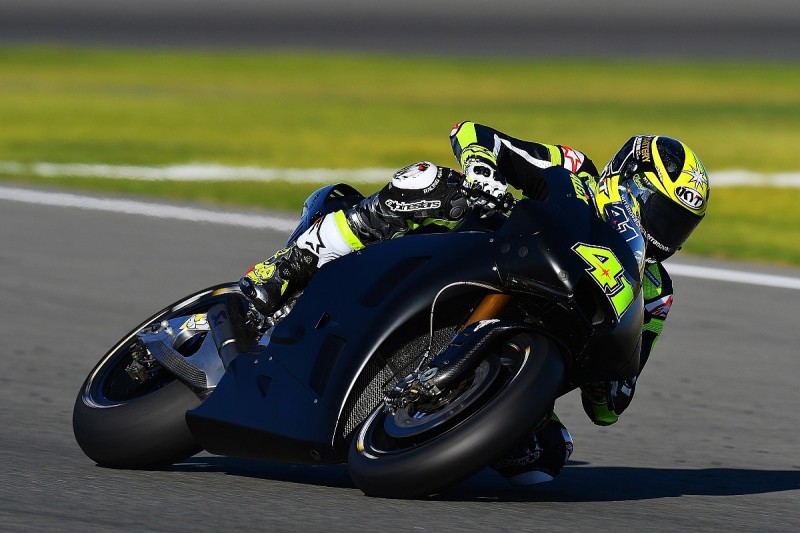 "We are in a different position than we were 12 months ago when the new bike made its debut.

"Now we know that we have a good base on which to work.

"Sepang will be our first chance to check on what has been analysed and designed over the past months.

"The evolution of the RS-GP involved all aspects, both to adapt it to the new riders and to comply with the new technical regulations.

"As for the engine, we found some more torque at lower rpm, but without losing anything in terms of maximum power.

"Then we optimised all the components in terms of weight, stiffness and overall balance."

Aprilia's 2017 V4 engine "has a lot of modification and refinements" rather than being an all-new unit, a team representative told Autosport.

In an all-new line-up, Espargaro will be partnered this year by Moto2 graduate Sam Lowes, who was signed for his rookie programme in September 2015.

Lowes will continue his MotoGP initiation this week on Aprilia's 2016 bike, before stepping onto the new model during the subsequent Phillip Island and Qatar sessions.

The Briton's late-2016 testing programme was restricted due to a neck injury sustained on the opening day of the post-Valencia Grand Prix running.

"I can't wait to get back in the saddle because in Jerez I wasn't able to take full advantage of the time we had due to my injury," he said.

"The team has worked hard over the winter and I was in Spain to train and get ready.

"My goal at Sepang is to continue improving and to increase my familiarity with the Aprilia MotoGP bike."

Why Rossi and Vinales are unlikely to stay friends