Rider moves for this season were made early last year, following Ducati's capture of Jorge Lorenzo from Yamaha in April.

That left one seat at Ducati - where Dovizioso ultimately got the nod to stay on and Andrea Iannone moved to Suzuki, as Maverick Vinales replaced Lorenzo.

Dovizioso says a return to Honda - with which he raced between 2008 and '11 - was very much on the cards at one stage, with Dani Pedrosa briefly linked with a switch to Yamaha if Vinales opted to stay at Suzuki.

"It depended on what others did, but with Honda we were very close [to signing]," Dovizioso told Sky Italia.

"But it depended on Vinales' decision.

"Anyway, there was also definitely Suzuki [as an option]." 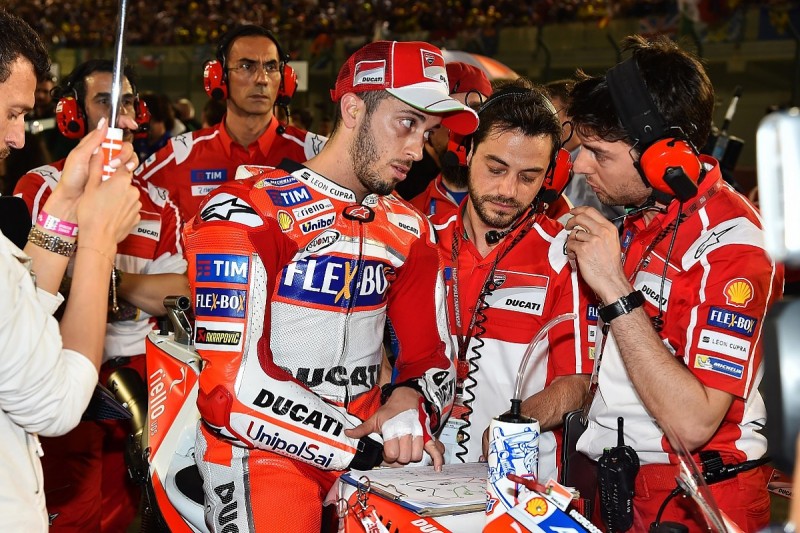 Dovizioso won his first, and until last October's Sepang race only, MotoGP race with Honda at Donington Park in 2009, but was squeezed out at the end of '11 when it cut its third factory bike.

After a single season with Tech3 Yamaha, he joined Ducati in 2013, with second in Qatar last month his 13th podium with the manufacturer.

He believes he is still highly-regarded within Honda, which would have paved the way to return as Marc Marquez's team-mate if Pedrosa moved on.

"The reason why I was close to Honda was because they remembered the work that we had done during the years we were together," said Dovizioso.

"So, while I'm not the rider who is a 21-year-old future star, they know what I bring."