Free from the pursuit of its first MotoGP race win in six years following Andrea Iannone's Austrian Grand Prix victory, Ducati could become the joker in this year's title fight

Iannone and Andrea Dovizioso moved up to sixth and seventh in the standings last Sunday at the Red Bull Ring, but neither are even remotely in championship contention thanks for four DNFs apiece.

But the 2016 Desmosedici GP is a better package than those positions suggest, and Ducati's sporting director Paolo Ciabatti said he feels "our bike can be competitive on any track".

That starts this weekend at Brno, with the Czech Grand Prix the second in a run of four races in five weekends.

Iannone finished fourth there last year with a minor engine problem, and agreed it is "a very positive track for us".

"I think they will also be very strong in Brno because they are always fast and the track also has a lot of straights and it's so fast, so I think we have to keep an eye on them," he said post-race on Sunday.

A single victory in 2016 will still represent underachievement for Ducati.

There is genuine optimism that it can fight at the front not just at Brno, but at other venues, although Dovizoso is wary of ongoing Michelin tyre development. 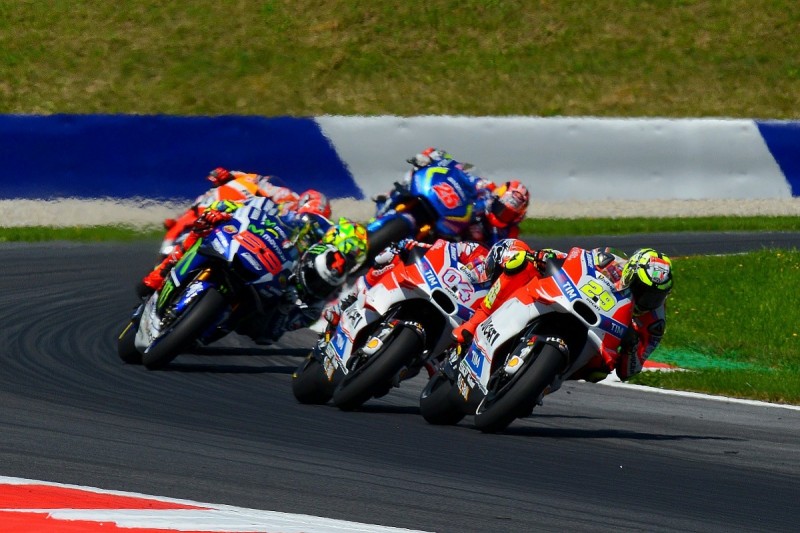 On the run home last year, Dovizoso finished third in the wet-dry Silverstone race, Iannone fourth at Aragon and then third in Australia, less than a second off the win.

In those races, Dovizioso kept Lorenzo off the podium while Iannone did the same to Rossi at Phillip Island, so the loss of four points on each occasion was negated in their title battle.

If Ducati can improve on its 2015 return between now and the Valencia finale, it will take points off championship leader Marc Marquez, Jorge Lorenzo and Rossi.

Honda's Marquez starts this weekend 43 points clear of Lorenzo and 57 up on Rossi, who both probably need the Spaniard to fail to finish a race or two.

Rossi needs to take 7.125 points out of Marquez's advantage each time, just more than the gap of seven between first and third.

But if Yamaha has enough good days and Ducati can finish between the blue bikes and Marquez, the championship fight takes on a whole new complexion. 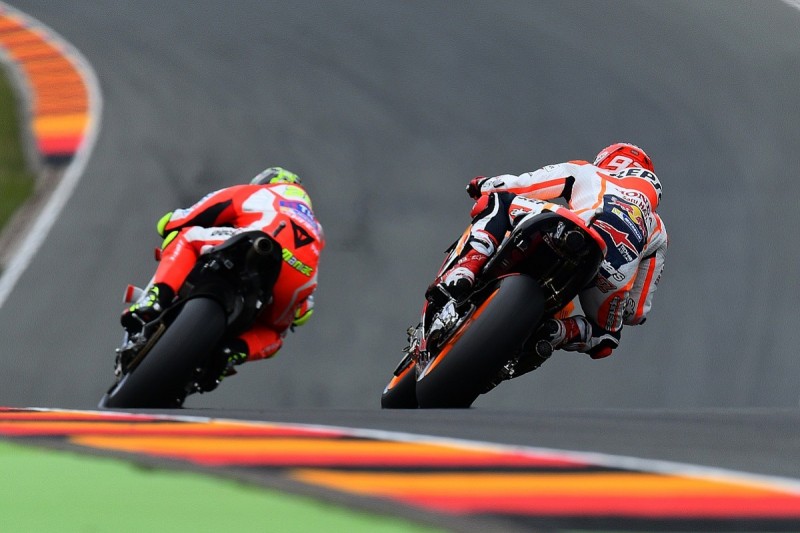