Honda’s Marc Marquez topped a damp opening practice for the Grand Prix of the Americas as MotoGP marks its first trip outside of Europe or Qatar during the COVID-19 pandemic.

MotoGP last visited America in April of 2019, having been forced to abandon last year’s US round due to the global pandemic.

Ahead of this weekend’s 15th round of the 2021 season, the big news was Maverick Vinales’ brave decision to withdraw from the event following the death of his 15-year-old cousin Dean Berta Vinales in a World Supersport 300 crash at Jerez last week.

Aprilia has elected not to replace the nine-time MotoGP race winner.

The Circuit of the Americas was left in a damp condition following heavy morning rain, with Marc Marquez setting the early pace on his factory Honda.

Having won all but one race in America since 2013, Marquez was in dominant form at the start of FP1, setting successive fastest laps of a 2m20.323s and 2m17.885s to go over two seconds clear of the field.

The Honda rider improved to a 2m16.801s after the first 15 minutes of running, with team-mate Pol Espargaro cutting Marquez’s advantage down to seven tenths.

Around five minutes later, Ducati’s Jack Miller took over at the top of the order with a 2m16.639s before improving to a 2m16.612s.

This stood as the benchmark until the closing eight minutes, as the track dried significantly enough for Marquez to put pressure on Miller’s place at the top of the timesheets. 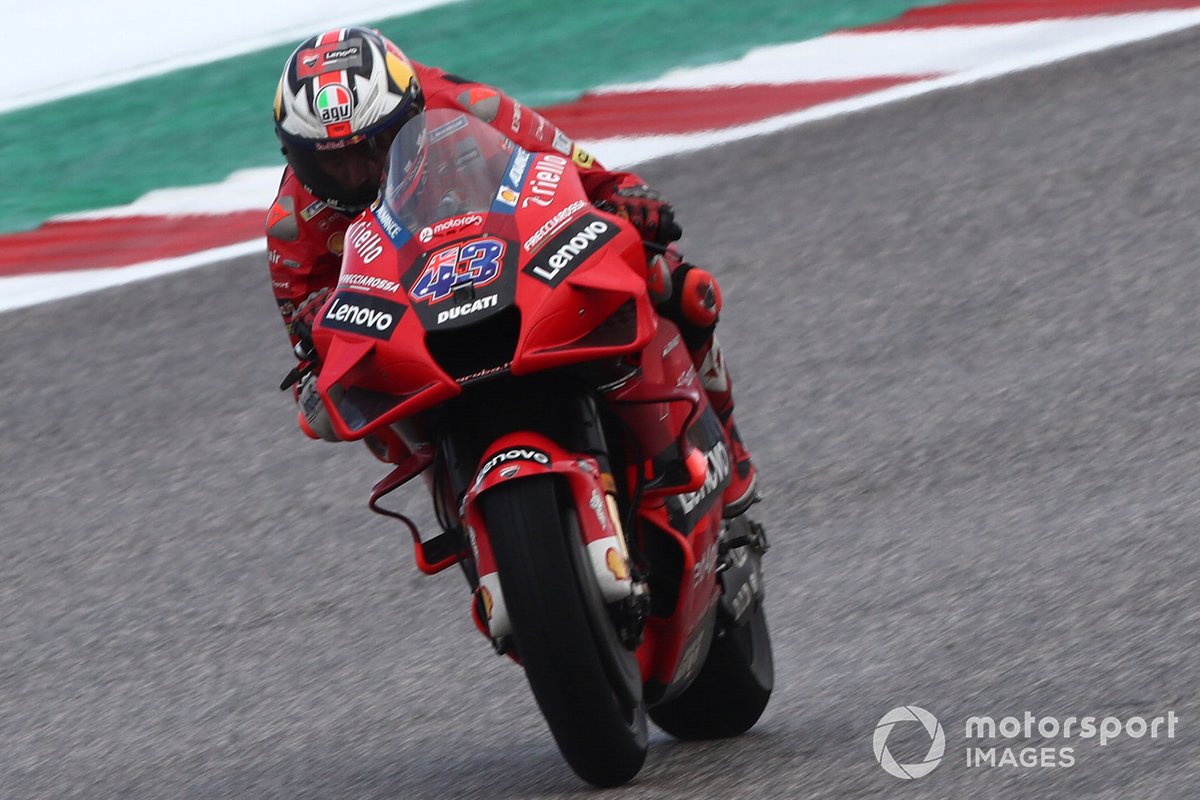 The Honda rider fired in a 2m15.872s to go over seven tenths clear of Miller and would go unchallenged through to the chequered flag.

Miller cut Marquez’s lead to 0.167 seconds with a late 2m16.039s, with Pramac’s Johann Zarco rounding out the top three on his Ducati.

KTM’s Miguel Oliveira felt like he made a breakthrough with the bike’s electronics at the Misano test after a wretched run of form in recent rounds, and was fourth fastest in FP1 at COTA.

Pol Espargaro completed the top five ahead of Honda counterpart Alex Marquez on the LCR-run RC213V.

The 2019 COTA winner Alex Rins was leading Suzuki runner in seventh, albeit 1.1s off the pace, with MotoGP’s most recent winner Francesco Bagnaia eighth on the Ducati ahead of KTM duo Brad Binder and Iker Lecuona (Tech3).

The Yamaha rider was the top M1 rider in 15th, some 2.2s off the pace, with team-mate Franco Morbidelli 17th and Petronas SRT duo Valentino Rossi and Andrea Dovizioso completing the 21-rider field.

LCR’s Takaaki Nakagami was the only crasher in FP1, the Japanese rider sliding of his bike at the Turn 15 left-hander at the end of the session. He was 16th on the timesheets.