Reigning world champion Fabio Quartararo was only able to grow his points lead by one to 22 in last weekend’s Silverstone race, after a long lap penalty meant he got mired in a pack and only finished eighth.

An injured Espargaro, who fractured his right heel in a 115mph crash in FP4, shadowed Quartararo in the race as he battled traction issues, while Ducati’s Francesco Bagnaia won to cut his points deficit down to 49 having been 91 adrift after the German GP in June.

With Bagnaia achieving back-to-back wins and looking much stronger on the GP22 than in the beginning of the season, as well as the emergence of Maverick Vinales on the second Aprilia, Espargaro believes the championship battle is now more finely poised as the second half of the campaign gets underway .

“I think race by race if the Ducatis are starting to improve and I’m able to maintain my high level and also Maverick is able to put my bike on top, this is more pressure for the leader,” Espargaro said.

“I think they [Ducati with Bagnaia] really made a big step in the championship.

“It’s not going to be easy for them because they have two races of disadvantage [in terms of points], but they have a lot of bikes, so they can do a lot of team work.

“And now we go to two tracks which are good for Pecco in Austria and Misano, so I think everything is open.

“So, I think we’ll have a very, very tight last eight races of the championship.” 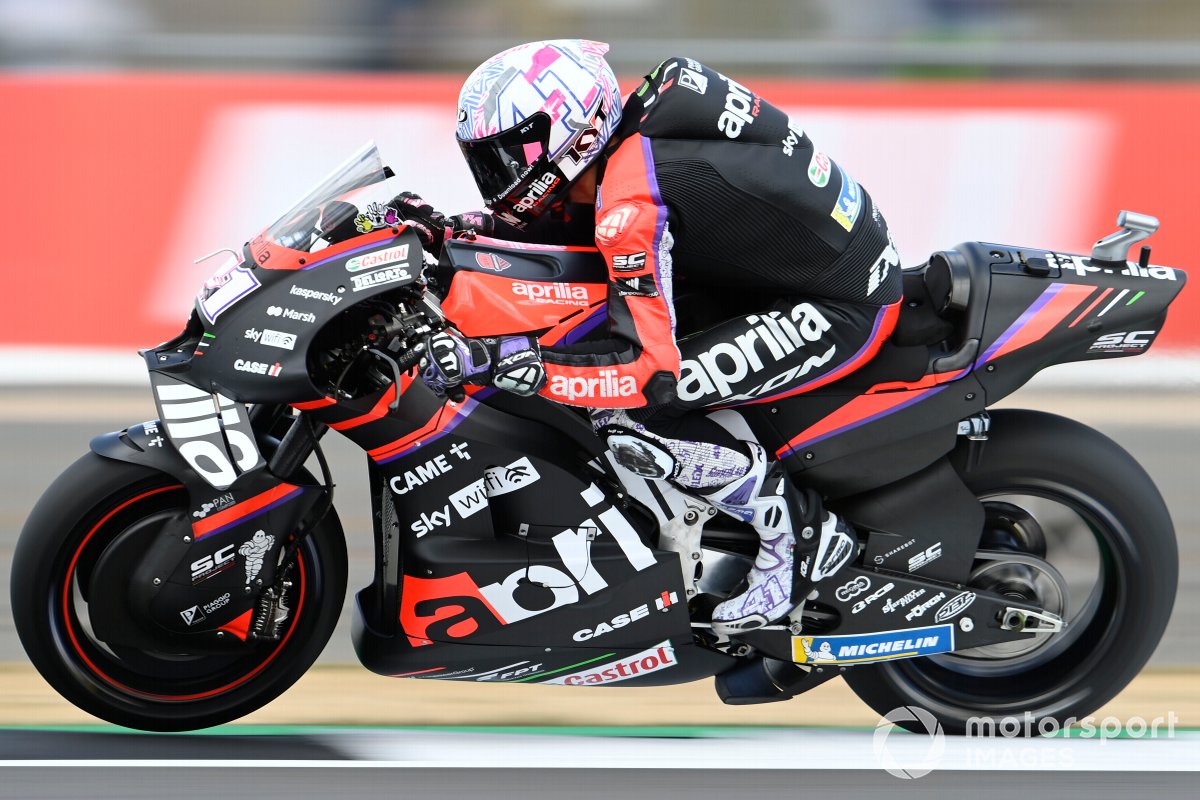 Espargaro has been ordered by doctors to rest for the next week after he was diagnosed with a heel fracture on the Monday following the British GP.

At present, there is no suggestion he will be absent from next weekend’s Austrian Grand Prix.

Espargaro admits beating Ducati at Red Bull Ring will be “difficult”, but is buoyed by the Aprilia package being generally strong everywhere this season.

“I think this year the Aprilia is working quite good everywhere,” he added.

“Almost every race we put one bike on the podium, which is good.

“For sure Austria is a very good track for Ducati, it’s quite easy for them, they have a really powerful bike and it will be difficult to beat them there.

“But this championship is very open, you never know when you can win, when you can be there and this is not about one race.

“It’s not about one race is perfect, the other is a disaster. You have to be stable everywhere, so I hope I can fight again for the podium in Austria.”