Maverick Vinales admits the fact MotoGP testing is taking place in Qatar on the same track as the opening two rounds makes 2021’s pre-season the toughest he’s faced with Yamaha.

Due to the ongoing COVID-19 pandemic, all five days of MotoGP testing for 2021 have been confined to the Losail International Circuit in Qatar, while the opening two rounds of the campaign will also take place there.

Yamaha has typically always gone well at both the Qatar test and grand prix in recent years, and Vinales is wary of this fact masking any problems with the M1 which could arise when the championship heads to Europe, starting in April with the Portuguese Grand Prix.

Speaking exclusively to Autosport ahead of this weekend’s first two days of testing, Vinales says Yamaha has to be “smart enough to understand how it will be in the next tracks” when working through its Qatar programme.

“Yes, for sure, because we will only test in one track,” he said when asked if this pre-season was the toughest he will face.

“But Qatar has a special thing that from two o’clock to four o’clock, the track is dusty, so there’s no grip.

“So, we will see if we can work on that, on those hours and see if we can make something clear for Portimao and for the rest of the season. 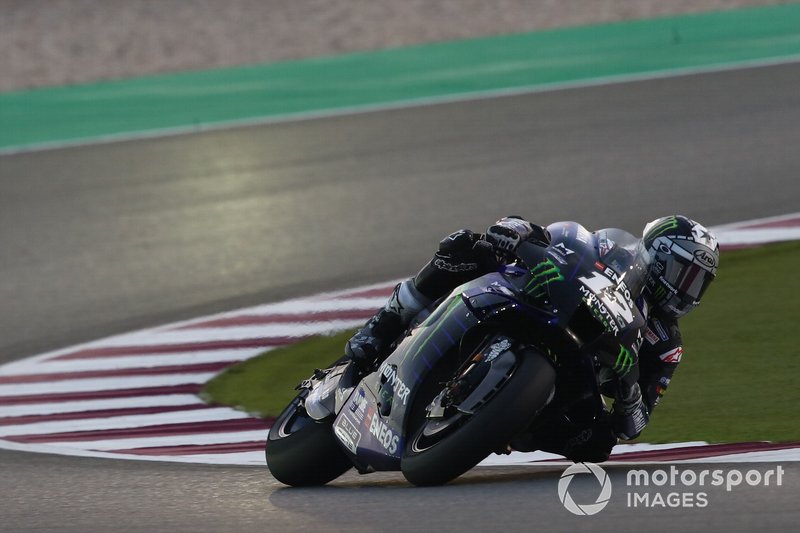 “It will be difficult because one month in Qatar, everyone will go fast. Everyone, all riders.

“So, we will see. After the test, I will tell you a bit more about that.”

A lack of grip has been a general issue for Yamaha riders since MotoGP’s switch to Michelin tyres in 2016.

One of the problems Vinales felt hindered him was having to split his focus in 2020 on developing parts during race weekends while also building up his own weekend.

He felt this led him to getting “lost” too often, and sees this as the area where new test rider Cal Crutchlow can really help – along with his straight-talking nature.

“Also, I don’t then have enough time to work with myself on the track.

“He will make the difference, I think. He can say ‘yes or no’. This is the most important thing.

“I think Cal is good with that, so I have a lot of faith with Cal.”