After one week's rest, MotoGP gears up for a second straight triple-header which starts at Le Mans with the French Grand Prix

Following a torrid run of results, Fabio Quartararo returned to the fore with victory at the Catalunya GP ahead of Suzuki's Joan Mir and the pair have formed a small breakaway at the top of the riders' standings.

Heading into his home round, Quartararo leads Mir by eight points with fellow Yamaha rider Maverick Vinales in third place and 18 points back.

Despite finally confirming his MotoGP future at the Petronas SRT Yamaha squad during the last round, Valentino Rossi feels his own title hopes have "closed" after crashing out of the Catalan GP.

The 2021 MotoGP grid is quickly taking shape with Ducati also confirming Francesco Bagnaia would join current team-mate Jack Miller at the factory squad next year, while Johann Zarco will move up from Avintia to partner Jorge Martin at Pramac.

Immediately ahead of the French GP, six manufacturer test riders plus 13 riders on the current grid have completed a one-day test on Wednesday at the Algarve circuit using production street bikes to familiarise themselves with the track ahead of November's finale in Portugal.

This year's French GP starts an hour earlier on Sunday than the traditional European schedule in order to avoid a clash for television broadcasters with the Formula 1 Eifel GP. 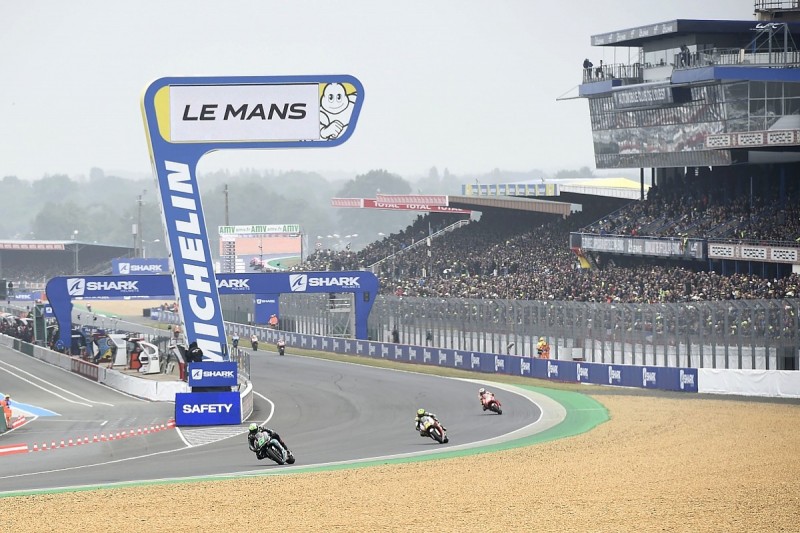 Q1 of qualifying is where all riders who did not finish in the top 10 of the combined practice times take part with the top two finishers progressing into Q2 alongside the top 10 who gained an automatic spot via their practice times.

Q2 is the pole position shootout which decides the order of the front four rows, with the rest of the grid organised on Q1 times, for the 27-lap French GP on Sunday. 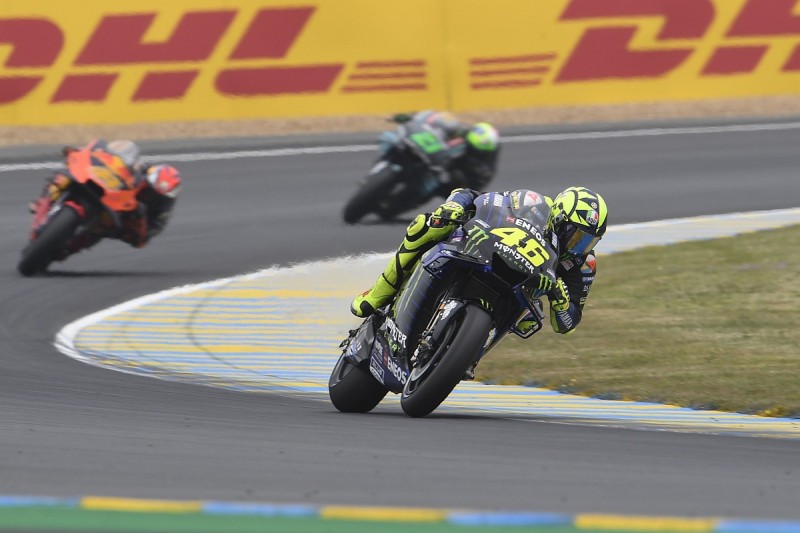 BT Sport's live coverage of Sunday's action starts with the warm-up sessions at 08:00am, taking it from the world feed, before switching to its own broadcast at 10:00am for the pre-race show ahead of the Moto3 race.

The build-up to the MotoGP race starts from 11:30am, or when the Moto2 race finishes, ahead of lights out at 12:00pm.

Viewers in the United Kingdom can also stream the French GP by purchasing a video pass from MotoGP.com. A one-off video pass, which lasts until the first race of the 2021 season, costs £91.05.

Weather forecast for the French MotoGP?

Le Mans is set for mixed conditions with showers forecast throughout the French GP race weekend, with highs of 14 degrees Celsius on race day, cooler than the last race in Catalunya. Last month Le Mans hosted both the 24 Hours Motos and Le Mans 24 Hours behind closed doors, with the motorcycle endurance race hit by showers while the car equivalent remained largely dry. 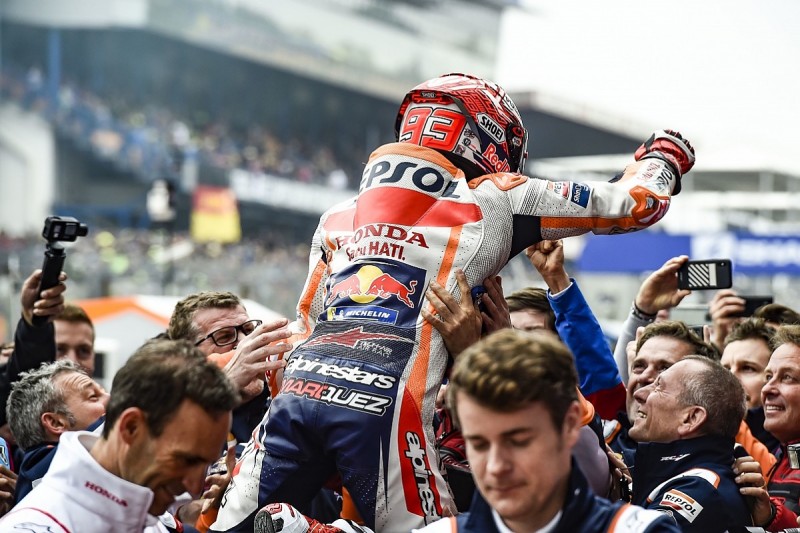 Lorenzo: Yamaha not wasting me with lack of MotoGP testing