Lorenzo sought a new contract offer from Yamaha before the season opener in Qatar, and received that, but signed a two-year deal with Ducati one month later.

That April announcement left seven months of the season for Lorenzo to complete as an outgoing Yamaha rider, and the Spaniard finished third in the championship, one spot behind team-mate Valentino Rossi.

Jarvis believes it would have been on Lorenzo's mind at times, even if it did not shape the three-time champion's performances.

"The fact that Jorge decided to move early in the season, it's difficult to say, to quantify and judge what effect that had on his season but, definitely, it is a distraction," Jarvis said.

"There's no doubt about it because maybe you still have 95% of your thought on the job at hand but there's 5% thinking about the future, considering the Ducati, trying to see what it's going to do.

"I can't say what direct influence it had but it's definitely more easy for the team to manage a full season when you know that your pilots are going to be here also for the future, and I think [it's easier] for the riders. 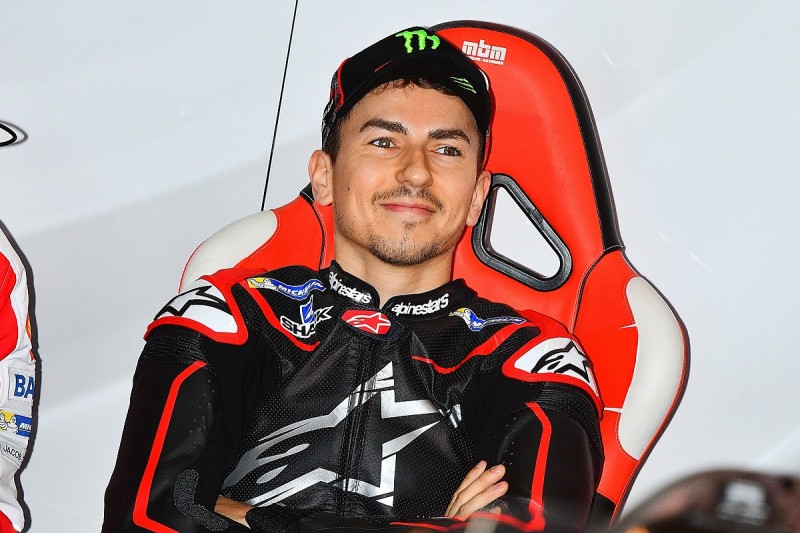 "That said, we're second and third in the championship. Luckily our riders when they put their helmet on, normally they're able to block out everything and to get on and stay fully focused so I think we've still put a very good season together even despite that change."

Of MotoGP's manufacturers, only Honda will field an unchanged rider line-up in 2017, with Marc Marquez and Dani Pedrosa to be team-mates for a fifth season.

Yamaha has signed Maverick Vinales from Suzuki to replace Lorenzo.

"Of course not always, you can be consistently bad as well.

"But if you don't have other distractions, if you can just focus and get on with the job at hand, generally it's useful because to win at this level you need everything to be right."