Iker Lecuona will stand in for Miguel Oliveira at the Tech3 KTM team in the final round of the MotoGP season in Valencia.

It means Lecuona, who will race alongside Oliveira at the team in 2020, will make his MotoGP debut at the Ricardo Tormo circuit.

"To have this opportunity in my home Grand Prix is a proud moment for me," Lecuona said.

"We must enjoy this beautiful experience, but above all learn as much as possible for the future.

"All this would not have been possible without the help and encouragement of Hervw Poncharal, as well as Eitan Butbul and the American Racing Team's amazing crew, they helped me to grow as a rider and as a person.

"I also want to wish the best possible recovery to Oliveira, who will be my team-mate next season.

"I will give my best in Valencia as I always do." 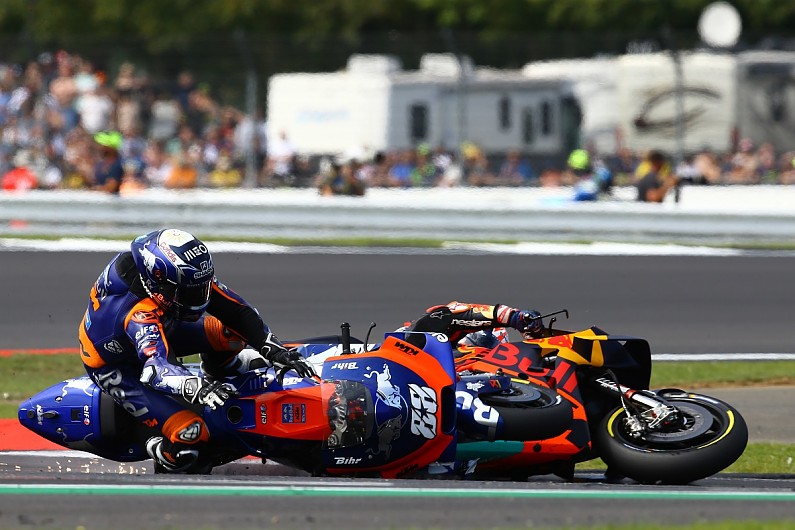 MotoGP rookie Oliveira was involved in a high-speed crash at Phillip Island last month, aggravating the shoulder injury he had suffered in an accident at the British Grand Prix in August - pictured above.

Oliveira attempted to compete in the previous round in Malaysia but was forced to pull out before the race.

He underwent surgery on the ligaments of his right shoulder last Sunday in Austria, ruling him out of the MotoGP finale next week.

Lecuona sits 11th in the Moto2 standings with one podium to his name.