Marc Marquez and Alex Rins have both been summoned by MotoGP race direction over their run-in during qualifying at the Czech Grand Prix on Saturday.

The incident in question occurred in the second 15-minute session, when Rins aggressively passed Marquez at Turn 7, which nearly sent the latter into a crash.

Marquez re-passed the Suzuki rider at the penultimate corner, before they both pitted, where Marquez gently pushed Rins aside to avoid hitting the tyre barrier on the entry to the pitlane as the two continued to run run side-by-side.

After further review, however, Race Direction deemed no further action was required over the incident. 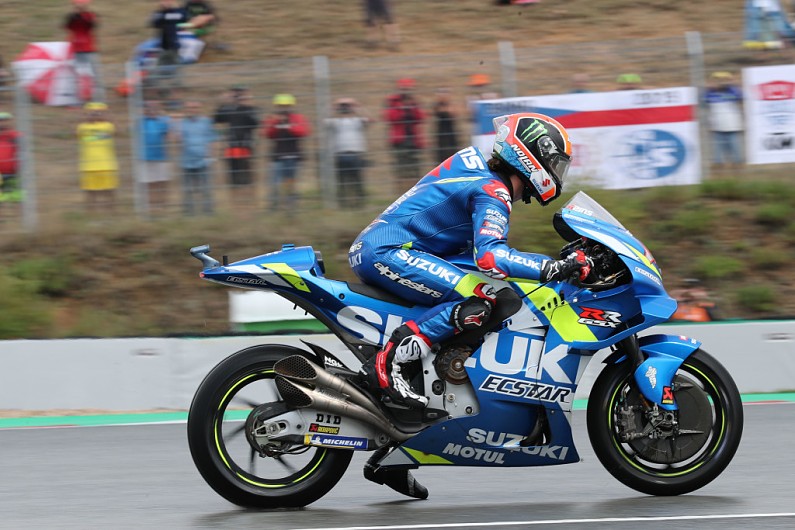 Afterwards, Rins accused Marquez of not having respect for his rivals, and crudely referenced to Spanish media on Saturday the reigning world champion's career-threatening crash at Sepang during the 2011 Moto2 weekend - in which he suffered a serious eye injury.

Rins later issued an apology for his remark on his Twitter profile.

I am very sorry to have referred to an accident suffered by a partner when I was trying to explain what happened on track today during Q2. I apologize for that @marcmarquez

Marquez will start from pole position for today's 21-lap race at Brno, after dominating a drying qualifying with a gamble to run slick tyres late on to beat the field by over 2.5 seconds. Rins will start from sixth.