Several private tests for the Moto3 class have already taken place during the pre-season, while the final official outing had to rescheduled to this weekend and moved to Qatar due to the ongoing COVID-19 pandemic.

Testing began on Friday, with Petronas Sprinta’s new signing Darryn Binder – who has moved over from the CIP squad – setting the pace at the end of day one with a 2m05.750s.

His team-mate John McPhee set a new pace benchmark on the second day, the Scotsman topping the combined times with a 2m05.286s ahead of fellow Honda rider Dennis Foggia on the Leopard-run bike.

The Moto3 class boasts a stacked rookie roster in 2021, with several of them impressing across the three days.

Due to the conditions in Qatar, as has been the case across all three days, it wouldn’t be until the final session on Sunday when all riders posted lap times. 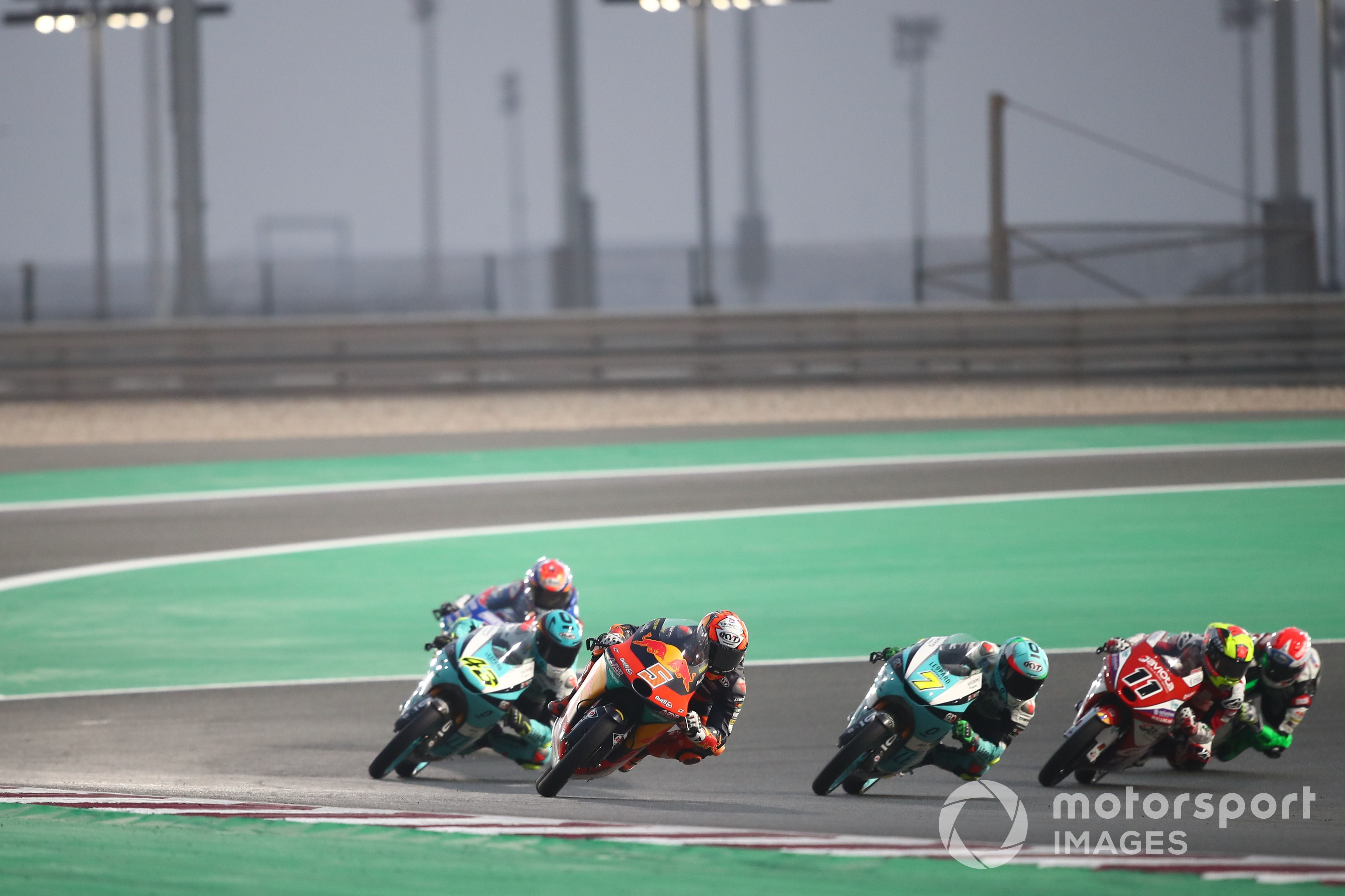 Masia has moved to Ajo KTM from Leopard for 2021 and set the initial pace in final session of the test with a 2m05.557s.

This would be beaten by former team-mate Foggia, who posted a 2m04.703s, before Masia reclaimed top spot with just over 22 minutes remaining.

Masia’s 2m04.263s stood unchallenged right up till the end of the session, but came under threat at the death from Foggia, Gresini’s Gabriel Rodrigo and Binder.

However, none were able to topple Masia’s time, with Acosta completing an impressive test ahead of his grand prix debut 0.306 seconds adrift in second.

Foggia held onto third spot ahead of Guevara and Rodrigo, while McPhee was sixth ahead of the sister Gresini Honda of Moto3 sophomore Jeremy Alcoba.

He headed the Max Racing Husqvarna (another badged KTM) of Romano Fenati, with Snipers Honda rider Filip Salac and Binder rounding out the top 10 on combined times.

SIC58 Honda's Tatsuki Suzuki was unable to take part in the three-day test after testing positive for COVID-19.