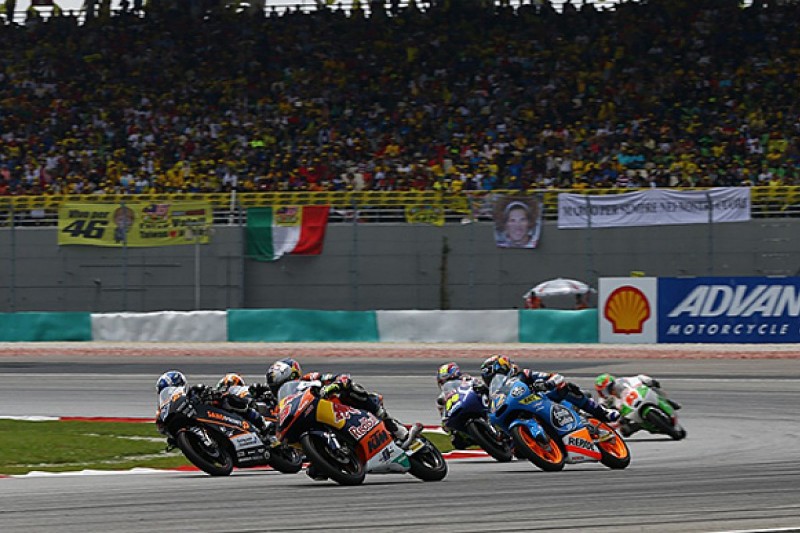 Miller cut Marquez's championship lead to 11 points heading into the Valencia finale by finishing second with the Spaniard only fifth.

After reviewing video evidence and interviewing both riders and team representatives, race direction ruled that there was no case to answer.

Monlau also lodged a protest against Miller's Ajo team-mate Danny Kent, who finished fourth ahead of Marquez, arguing that the Briton had deliberately slowed to delay Marquez on the last lap.

The Spaniard, brother of MotoGP world champion Marc, had fallen behind Kent when edged wide by Miller at the start of the lap.

Race direction decided no action was required in this instance either.

The Sepang clashes were the second flashpoint between Marquez and Miller in their 2014 title battle, following a collision between the pair at Aragon that allowed Marquez to take the championship lead for the first time.

Marquez will still secure the title at Valencia with a third-place finish even if Miller wins the race.

Both will graduate from Moto3 at the end of the year, with Miller jumping straight to MotoGP on a second LCR Honda alongside Cal Crutchlow and Marquez moving to Moto2 with the currently dominant Marc VDS team.