Moto3 leader Jack Miller is at the centre of a contract row over his future, amid rumours of a fast-track move into MotoGP 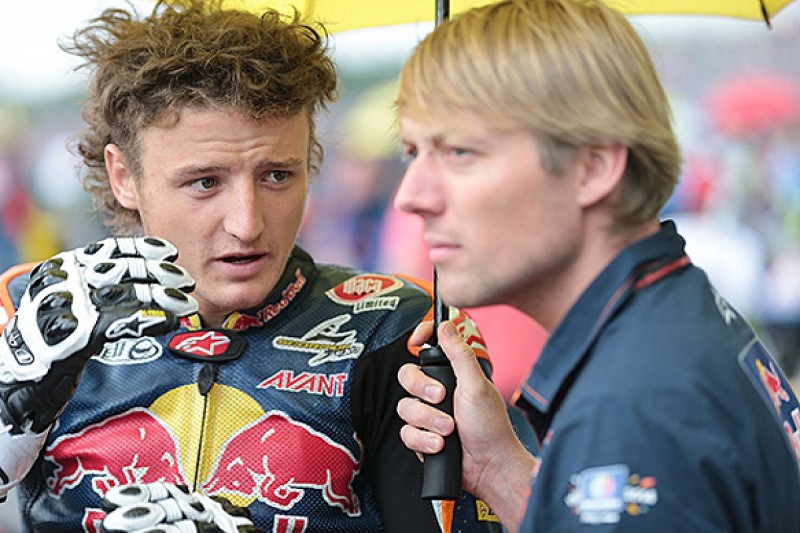 That made 19-year-old Australian Miller a hot property on the rider market, with the German media reporting last month that there were offers for him to jump straight into MotoGP for 2015.

But the Marc VDS team is adamant that it already has Miller under contract and that he will be part of its Moto2 squad for the next two seasons. Marc VDS is currently dominating Moto2 with Tito Rabat and Mika Kallio, and is also eyeing expansion into MotoGP.

In a further complication, Miller is managed by Aki Ajo, head of the Ajo Motorsport team that he rides for in Moto3. Marc VDS argues that it has a binding three-year deal with Miller that included placing him with Ajo for this season only.

Marc VDS team boss Michael Bartholemy said: "We have a contract with Jack Miller and we are already preparing for his arrival in the team for the 2015 season because, for us, a deal is a deal.

"If Jack has changed his mind and doesn't want to ride for us next year then he or his management team need to come and talk to us, rather than simply ignoring our numerous requests for a meeting to clarify the situation."