Mahindra to pull out of Moto3 and priortise Formula E

The Indian company joined the junior class of MotoGP in 2011 as a team, before focusing its efforts on being a bike and engine supplier from '15 onwards.

It enjoyed a breakthrough 2016 season as it won three races and rider Francesco Bagnaia took fourth in the standings.

But Mahindra's performance has nosedived this year, with its three teams failing to score points in four of the first seven races of this season.

Ruzbeh Irani, the Mahindra Group's president of group communications and ethics, and chief brand officer, put its Moto3 exit down to a shift in strategy towards electric mobility and FE - where it scored its first victory in Berlin earlier this month. 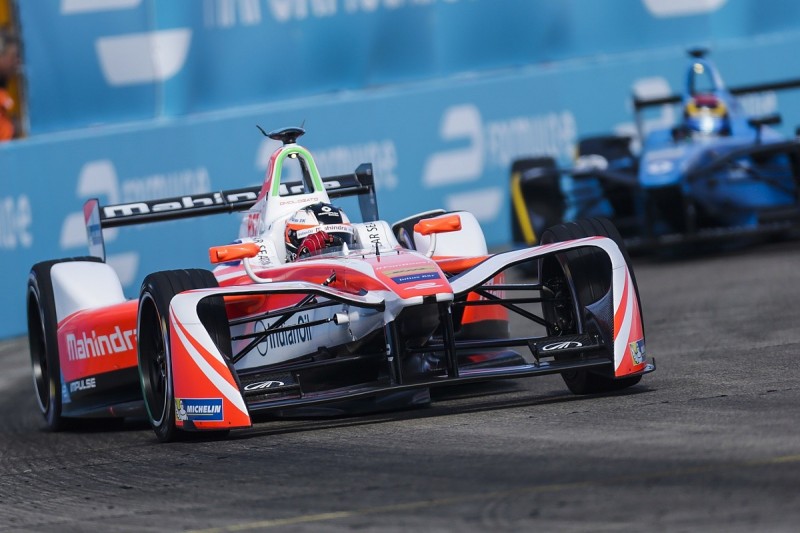 "Formula E is providing us with an excellent international platform to raise awareness of the Mahindra Group, our technological capabilities and our mobility solutions on a global scale," explained Irani.

"Our strategic review of Mahindra Racing and Mahindra's two-wheeler businesses led us to the decision to withdraw from MotoGP.

"It has been a tremendous journey, and we would like to thank all of our staff, partners and collaborators who have contributed to our success during our seven years in the sport."

The move could also potentially free up funds for a potential Dakar Rally project with a modified version of Mahindra's Super XUV500, which is currently being used in the Indian Rally Championship.