Ducati entered MotoGP in 2003, and has since won 33 races and the '07 title with Casey Stoner. It will field Jorge Lorenzo and Andrea Dovizioso in the premier class next year.

It is further represented in MotoGP with a paddock-high three teams running satellite or customer bikes, but its involvement could extend to the junior class.

MotoGP rival Honda is already in Moto3, alongside KTM and Mahindra, and supplies Moto2's control engine.

KTM will enter MotoGP and Moto2 at the same time next year, creating the first real pathway for young riders to progress through the three classes with a manufacturer.

While Ciabatti says that any Ducati programme would start in 2018 at the earliest, it has been considered. 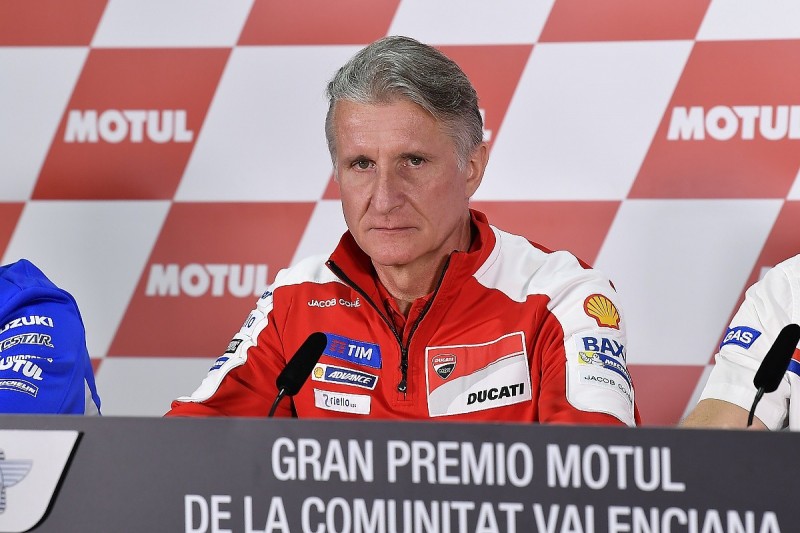 "Most of the riders who are moving up to MotoGP, they come from Moto2 and obviously many of them have been successful in Moto3," he said.

"On the Ducati side, we have several satellite teams so obviously we have a possibility in MotoGP to place some promising riders in MotoGP without the pressure of a factory team.

"Moto3 is something interesting, but it's not a plan, it's something we're thinking about.

"It's not going to happen next year because decisions have not been made yet but eventually if everything goes right with our MotoGP project we might consider a Moto3 bike."

Ducati also runs a factory team in the World Superbike Championship, with Carl Fogarty, Troy Bayliss, James Toseland and Neil Hodgson among its title-winning riders since 1988.

Dennis Foggia kept his title hopes alive with victory in the Moto3 Thailand Grand Prix, as Tony Arbolino was declared a first-time winner in Moto2 after rain ended proceedings early.

Former British Moto3 racer Tom Booth-Amos has opened up about a video appearing to show a member of a team assaulting him at the 2019 MotoGP Thailand Grand Prix.