The Italian won 13 grands prix in the premier class between 1998 and 2005, finishing in the top five in the championship each year and as runner-up three times.

He then won a pair of World Superbike championships with Aprilia, to go with his four 250cc world titles, and retired at the end of 2012, other than making four WSBK starts last year.

Mahindra claimed its first two world championship race wins this year in Moto3, with Francesco Bagnaia at Assen and Sepang, while John McPhee won at Brno on a Peugeot-badged effort. 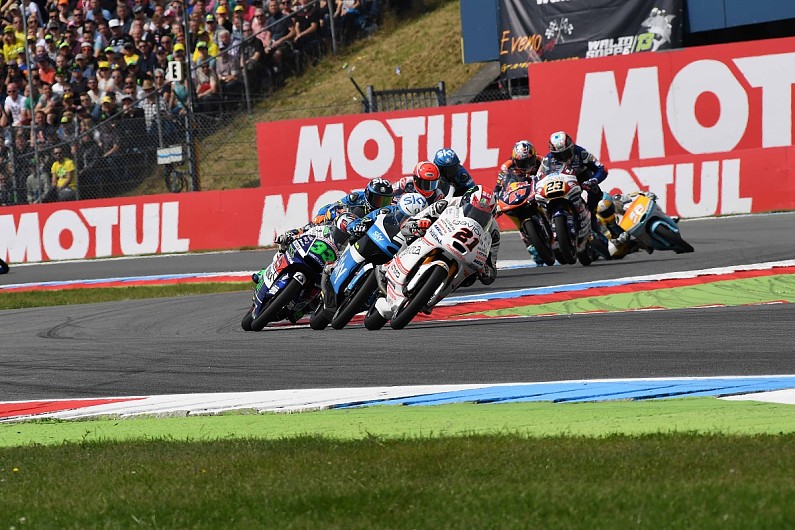 "My passion for racing is still very high and I feel the need to give back to the racing community in Italy," Biaggi said.

"With this project I am hoping to help young Italians achieve their dreams of racing and winning in the world championship.

"Mahindra have shown incredible progress in 2016 and it is clear to me that the MGP3O can be a championship-winning machine.

"I approached Mahindra as I know that together we can be fighting for the top.

"They are offering a great level of support to me, my team and the riders."