Fenati, 20, headed to the Red Bull Ring third in the Moto3 points for Sky Racing VR46, and qualified 11th.

But he will not contest the race, following a decision made by the team on Saturday evening.

"Following repeated behaviour not in line with the disciplinary rules of a team - the rider Romano Fenati has been suspended," a statement read.

"He will not be on the starting grid of the Austrian Grand Prix." 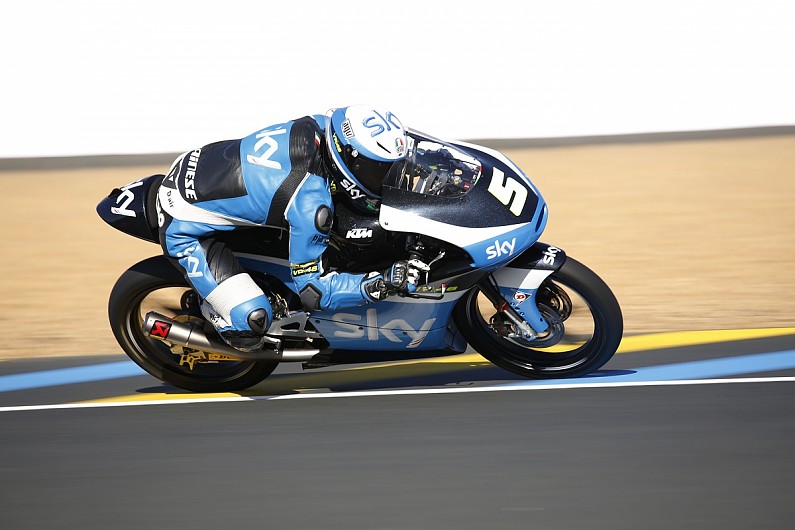 In his third season with Rossi's team and fifth in Moto3, Fenati won the Austin race and qualified on pole at Qatar and Mugello.

Fenati had been due to move up to Moto2 with the outfit next year, but his immediate future is now unclear.

Factory KTM rider Brad Binder leads the Moto3 championship on 159 points, clear of Jorge Navarro on 112 and Fenati on 93.