Qatar Moto2 Grand Prix winner Tetsuta Nagashima says qualifying 14th meant he had to think "like a beast" from the race start, with "win or crash" his only options

Nagashima has raced full-time in Moto2 since 2017, though made his debut as a wildcard back in 2013, and had thus far only managed a best of fifth at Silverstone and Assen last year.

The 27-year-old was given a surprise shot with the Ajo KTM squad (who actually run Kalex chassis now after KTM withdrew its Moto2 chassis project at the end of last year) as MotoGP-bound Iker Lecuona's last-minute replacement for this season, and charged through from 14th in Sunday's race to secure his maiden grand prix victory.

Commenting on his race, Nagashima said: "It feels like a dream.

"In qualifying I made just a small mistake and my grid position was not perfect.

"From the beginning, I had to push hard, hard, hard - I thought like a beast.

"Last year I was close to the podium, but I never got there.

"So, I forgot everything and just [thought] win or crash.

"In the second half of the race, when I had got up to fourth or fifth, I got stuck at the first corner and dropped to sixth.

"At that time, I was racing with the feeling of: 'get out of my way, everyone!' 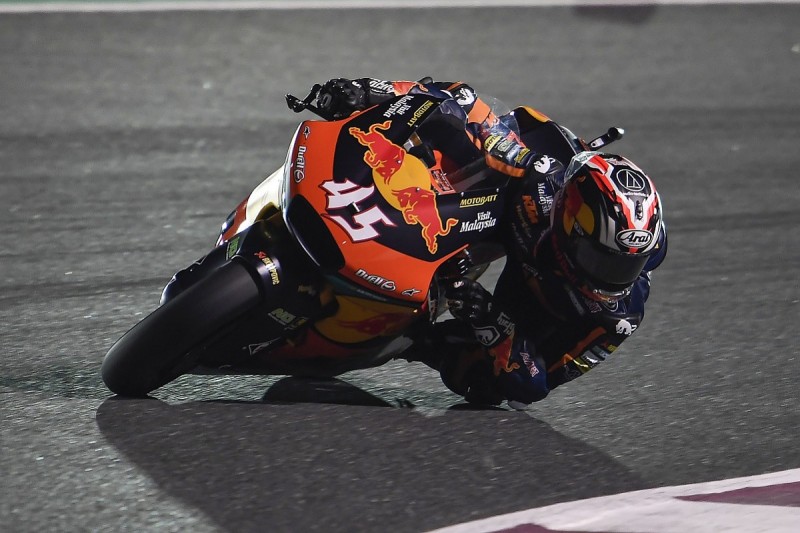 "The pace was really stable and I was confident that I was faster.

"So, I somehow just wanted to get ahead.

"After that, at Turn 10, my front was cut off and for a moment I nearly crashed. I was impatient, but soon after I suddenly moved up to fourth, and I thought, 'oh, maybe I can do this'."

The Ajo rider said Tomizawa was "like a brother" to him, with Nagashima a close admirer and later a team-mate in the All Japan Superbike series.

Nagashima admits his thoughts turned to Tomizawa as he neared the chequered flag on Sunday.

"I was really nervous, but if this pressure is a positive, I think I can ride quicker in future.

"On the last lap at Turns 12 to 14, where there are three consecutive right-handers, I was thinking while I was riding, 'I wonder if Shoya felt the same as me when he won... what kind of feeling did he have on the last lap?'

"From there until the end I felt surprisingly calm."

Tomizawa tragically lost his life in a crash during the 2010 San Marino Moto2 race at Misano.