Jorge Martin snatched victory from Hector Garzo in a thrilling end to the Valencia Grand Prix, with a four-rider Moto2 title battle on the cards for the Portugal finale

Enea Bastianini's championship lead stands at 14 with just one round to go over Sam Lowes, with VR46 duo Luca Marini and Marco Bezzecchi 18 and 23 adrift.

Lowes' championship hopes took a knock when he crashed heavily on Saturday and injured his right hand, forcing him to struggle through the Valencia GP.

Stefano Manzi couldn't convert MV Agusta's first grand prix pole since 1976 into the holeshot, with Bezzecchi getting the better launch on the run into Turn 1.

However, Ajo KTM's Jorge Martin forced his way through on the inside of Bezzecchi at Turn 1, forcing the VR46 rider to run out wide.

Bezzecchi regrouped and quickly picked his way through Manzi, Di Giannantonio and Martin by lap five to hit the front again.

Di Giannantonio moved ahead of Martin on the sixth lap to give chase on the leader, though Bezzecchi would stay in front through to the 20th tour.

Bastianini wasn't making much progress from 12th on the grid, eventually moving up to seventh - helped by crashes for Manzi and Jorge Navarro. 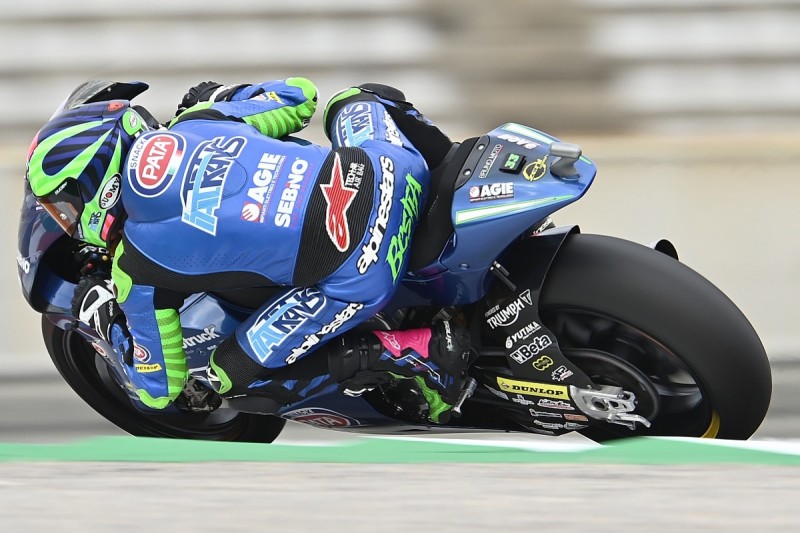 Martin looked to have dropped out of podium contention by mid-distance, with Pons' Hector Garzo moving up to third on lap 11.

But the Ajo rider got a second a wind in the latter stages ad got back ahead of Garzo, before putting on a late charge on the leaders.

Di Giannantonio scythed up the inside of Bezzecchi on lap 20 at Turn 11 to take the lead, but the Speed Up rider made a mistake at the final corner and relinquished the position.

The Speed Up rider made a move for the lead stick on the penultimate lap at Turn 11, but crashed at Turn 6 on the last tour having moved out of striking distance of the chasing pack.

This gave Bezzecchi the lead again, but Martin threw his Ajo machine up the inside of Turn 12, with the former making a mistake on the gas rounding Turn 13.

This allowed Garzo to move through into second for his maiden podium, with Martin fending the Pons rider off by 0.072 seconds to claim victory.

Bezzecchi completed the podium, with Marini fifth and Bastianini taking sixth, which allowed the Italtrans rider to take a 14-point lead in the standings.

Bezzecchi's late drama meant he dropped from a provisional second in the standings back to fourth, with his hopes now looking slender with a 23-point deficit to Bastianini. 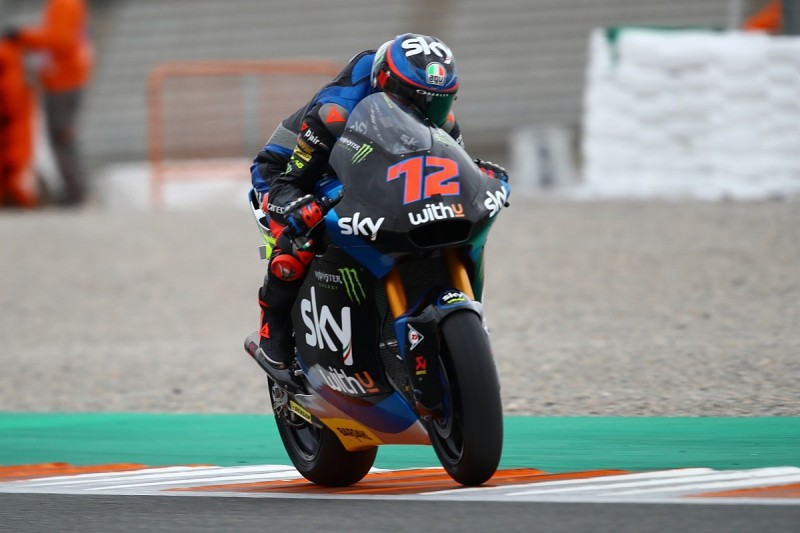 Lowes fought through the pain barrier to claim two points in 14th to keep his championship hopes alive heading to Portugal next week.