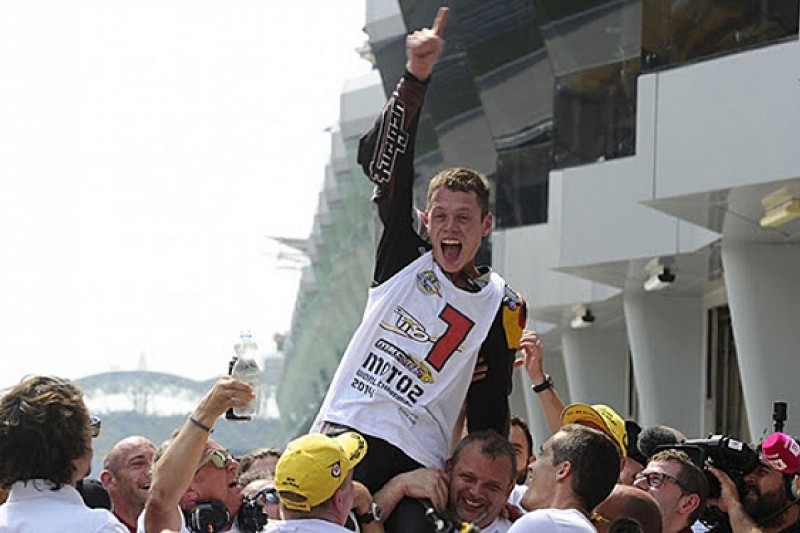 Rabat came into the race with a 41-point lead over Marc VDS team-mate Mika Kallio, and although he led the opening stages, he was content to drop back to third when Kallio and 2015 Suzuki MotoGP signing Maverick Vinales increased the pressure.

The final step of the podium was comfortably sufficient for 25-year-old Spaniard Rabat, who has won seven of this season's 17 races so far in his fourth year in Moto2.

While predecessors Toni Elias, Stefan Bradl, Marc Marquez and Pol Espargaro all moved straight into MotoGP once the Moto2 title was won, Rabat decided in the summer that he would stay in the middle class with Marc VDS for 2015 regardless of the championship outcome.

His team-mate next year will be current Moto3 championship leader Alex Marquez.

Last year's Moto3 champion Vinales ultimately beat Kallio to the Sepang Moto2 race win, closing him to within 15 points of the Finn for second in the standings heading to the Valencia finale. It was Pons rider Vinales' third win from the last four races.

CHAMPIONSHIP STANDINGS AFTER 17 OF 18 ROUNDS: