On a weekend in which Bezzecchi has been linked to a move to MotoGP in 2022 with Petronas SRT, the VR46 rider boosted his Moto2 title hopes with a first victory since Valencia 2020.

The Red Bull Ring had dried sufficiently from the earlier Moto3 race for the Moto2 contest to be declared dry, forcing everyone to start on slicks.

VR46 rider Bezzecchi grabbed the holeshot from third on the grid ahead of Gardner and Honda Team Asia’s Ai Ogura.

Gardner made a mistake at Turn 3 and ran wide, dropping behind Ajo KTM team-mate Raul Fernandez – though would find a way through again on lap two.

The Australian proceeded to hunt down Bezzecchi, while Aron Canet on the Aspar Kalex moved into third ahead of Fernandez at Turn 9 on lap three.

A mistake for Bezzecchi at the first corner on the seventh tour allowed Canet to move into the lead, though Gardner would work his way into first at Turn 9.

Gardner and Canet moved seven tenths clear of Bezzecchi in third quickly, while Gardner’s own lead stood at the same margin by lap 12.

But Bezzecchi began to mount a charge on Canet soon after and by lap 15 was up to second again.

The VR46 rider cut into Gardner’s lead over the new few laps and moved into the lead at the start of lap 19 – but ran wide at Turn 3 at the top of the hill to allow Gardner to come back through. 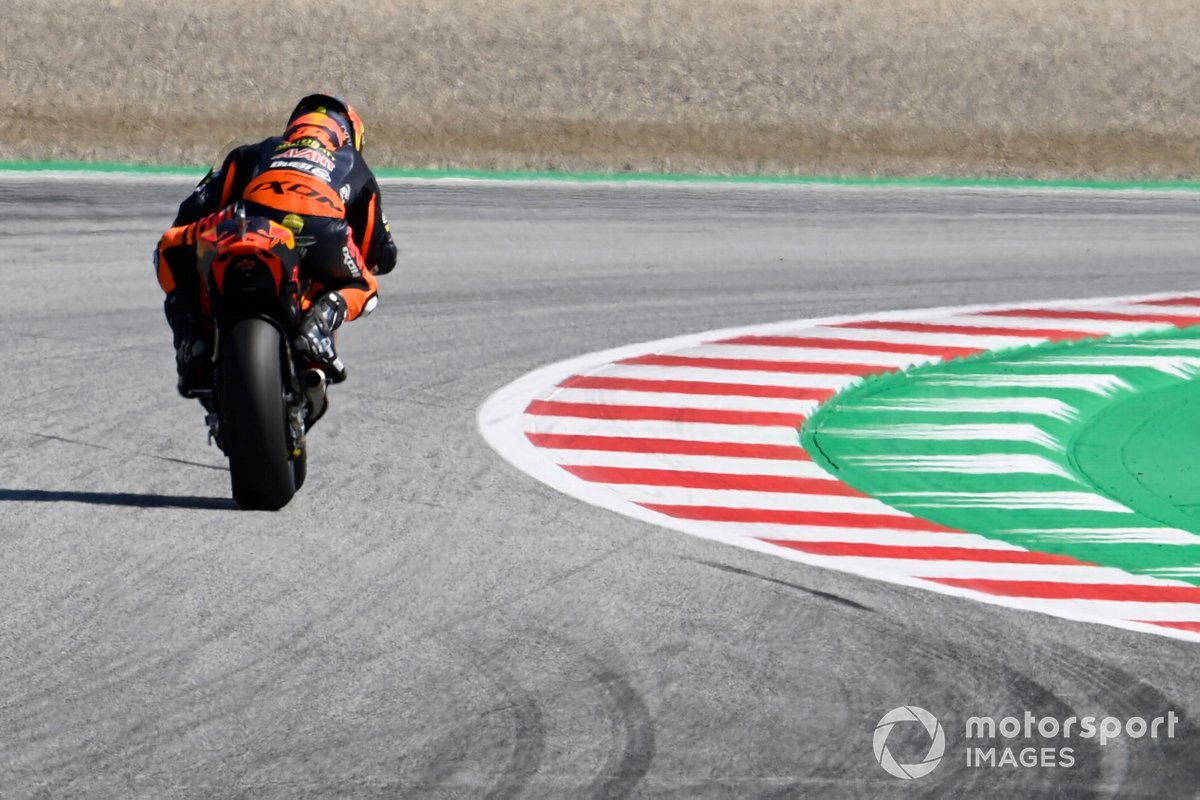 Bezzecchi retaliated at the following corner and Gardner could do nothing to fight back on the inside of Turn 5.

Gardner’s hopes of victory were dashed on lap 20 when he misjudged his braking into Turn 4 and had to take avoiding action of Bezzecchi, forcing him into the gravel and dropping him to fifth.

Behind, rookie Ogura had worked his way up into the podium places and inherited second following Gardner’s mistake.

But the Japanese rider’s own hopes of a maiden Moto2 podium came unstuck when he was hit with a long lap penalty for exceeding track limits too many times.

In the closing laps Canet put some pressure on Bezzecchi, but the Italian kept things under control to take the chequered flag 1.1s clear.

Ogura’s long lap penalty promoted Marc VDS rider Augusto Fernandez to his second-successive podium of the season in third, with Gardner recovering to fourth after his late error.

Ogura was handed a three-second time penalty after the chequered flag for not taking the long lap correctly, but still held onto fifth as the sister VR46 bike of Celestino Vietti took his best result of the season in sixth.

This came at the expense of Ajo’s Raul Fernandez, who dropped out of the podium battle on lap seven when he ran wide at Turn 9 and ultimately registered the worst finish of his rookie season in seventh.

This allowed Gardner to extend his championship lead to 35 points over him, while Bezzecchi’s victory moves him to within 44 points of Gardner.