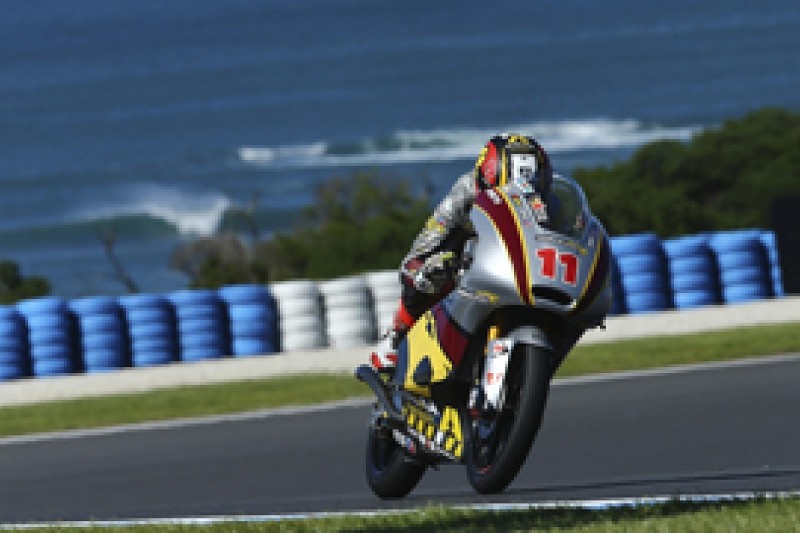 The extra grip from the resurfaced track has caused problems for both MotoGP supplier Bridgestone and its Moto2/3 counterpart Dunlop.

Bridgestone has mandated its hard tyre for Sunday's MotoGP race and has also prepared an 'extra hard' option.

After consultation between race direction and Dunlop, the decision has been taken to cut Sunday's Moto2 race from 25 laps to 13.

Dunlop had done its best to prepare for the event using data from the Australian Superbike round on the resurfaced track, but tyre concerns were still apparent in practice.

MotoGP has also updated its rules to compel teams to follow advice from tyre suppliers.

The revised regulation reads: "Tyres must be used within the parameters as advised by the Official tyre supplier and approved by the technical director.