Fenati was effectively banned from racing in the grand prix paddock for the rest of 2018 after he grabbed the brake lever grab of rival Stefano Manzi in September's race at Misano.

As a result of the incident, Fenati was dropped by the Snipers team with which he was competing in Moto2 in 2018.

The Forward squad, where he had signed an agreement to race in Moto2 next season the month before the Misano incident, also announced that it would be cancelling the arrangement for 2019.

But it has now emerged that Forward, which is bringing back the famous MV Agusta brand to grand prix motorcycling next year, is seriously considering restoring its contract with Fenati.

It is believed that team owner Giovanni Cuzari sees rehabilitating Fenati as a way to enhance the squad's image.

It remains to be seen whether MV, whose president Giovanni Castiglioni criticised Fenati on social media, sees things in the same way. 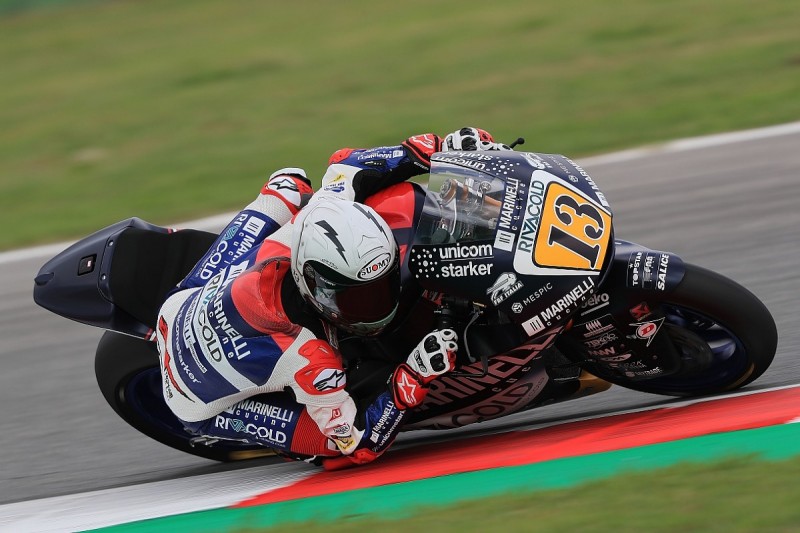 Should the move come off, it would mean Fenati would actually partner Manzi in 2019.

But Forward is also evaluating two other Moto2 veterans for its second seat.

These are Mattia Pasini, who has been dropped by his Italtrans team for 2019, and Dominique Aegerter, the Kiefer Racing rider that recently suggested '18 could be his last season in the class.