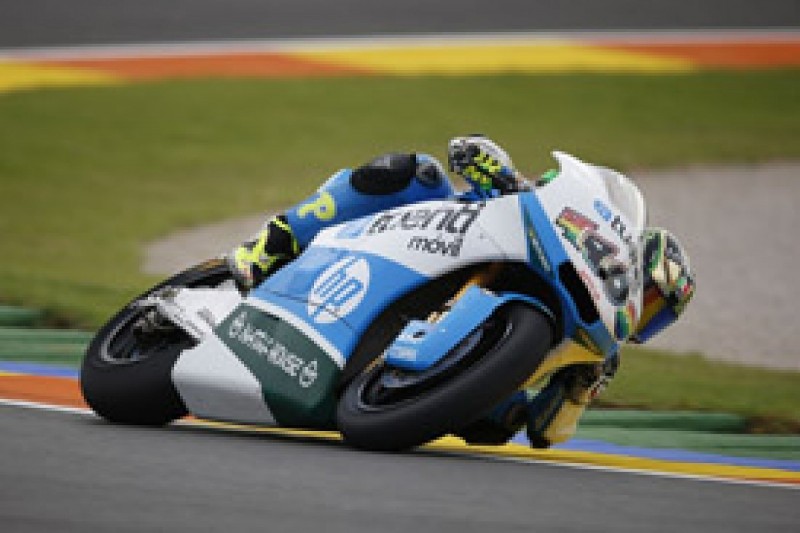 Espargaro, who will move up to MotoGP with Tech 3 Yamaha next season, replacing Cal Crutchlow as he moves to Ducati, was nearly two seconds clear of his Moto2 rivals when he had a low-side crash at Turn 8.

He was able to rejoin and limped home 29th on a damaged bike.

Espargaro's erstwhile title rival Scott Redding was only able to finish 15th, but clinched second in the standings.

He had led the championship until the Phillip Island practice crash that left him with wrist and back injuries, ruling him out of the Australian round and hampering the rest of his season.

Redding has also secured his MotoGP graduation for 2014, having signed to ride a production Honda for Gresini.