All four riders took turns leading the grand prix, with Foggia emerging as the victor at Misano by 0.298 seconds after the battle behind gave him crucial breathing space on the last lap.

Masia lunged on Guevara into Turn 8 on the last tour and made the move stick, defending hard to the chequered flag to claim second ahead of Guevara.

Guevara’s Aspar team-mate Sergio Garcia was knocked off track at Turn 1 on the opening lap before crashing with 14 tours remaining.

That has given Guevara an 11-point lead in the standings, with Foggia re-igniting his title hopes as that victory brings him 35 points behind Guevara. 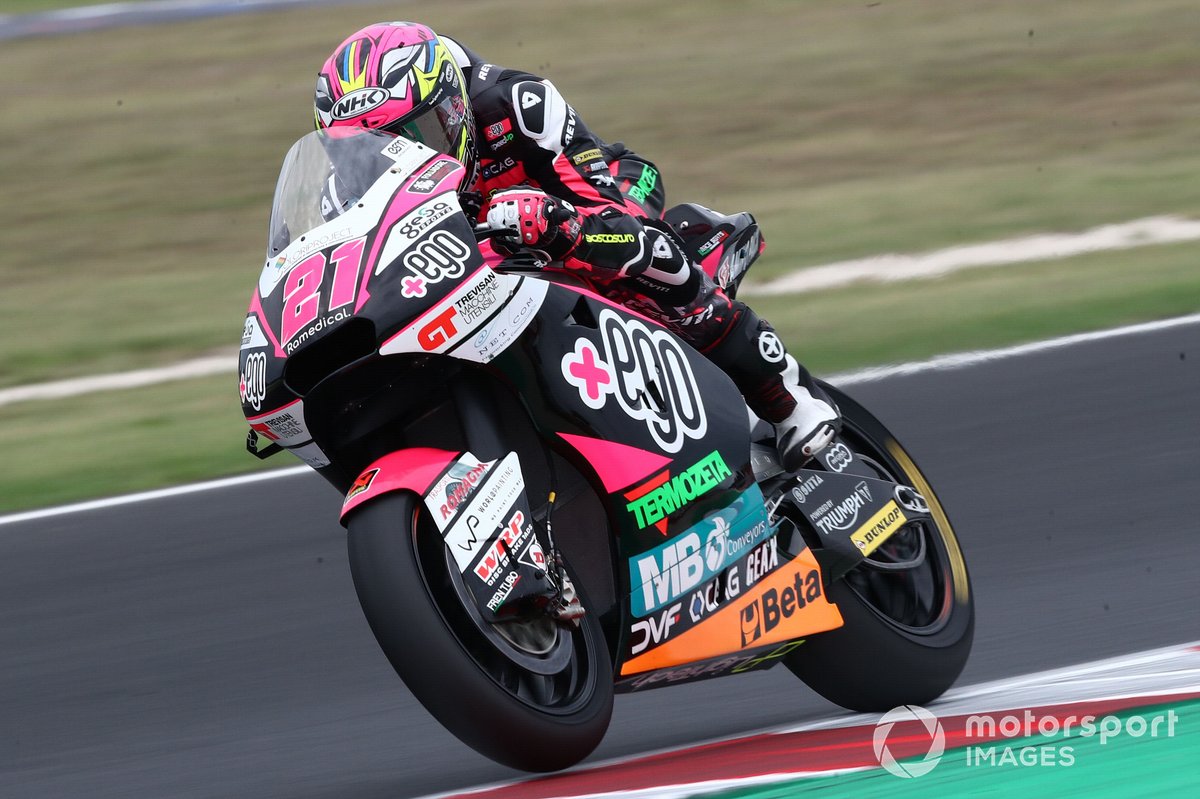 Lopez grabbed the Moto2 lead from poleman Celestino Vietti off the line and would never be knocked from top spot across the entire 25 laps.

It marks the Speed Up rookie’s first ever visit to the Moto2 podium.

He beat Pons’ Aron Canet, who eased away from Aspar’s Albert Arenas following a brief battle to tally up yet another podium.

Augusto Fernandez secured the final sport on the rostrum on his Ajo machine to take a four-point lead in the championship over Honda Team Asia’s Ai Ogura.

Fernandez – who has been linked to a MotoGP move in 2023 with Tech3 – beat Arenas to deny the Aspar rider a maiden class podium, with Ogura taking the chequered flag in fifth.

Vietti crashed out of the podium battle early on, as did VR46 team-mate Niccolo Antonelli.