VR46 rider Vietti was promoted to pole at the end of qualifying on Saturday when original Q2 pacesetter Lowes was demoted to third for exceeding track limits.

The Moto2 sophomore converted pole to the holeshot at the start, as new Pons rider Aron Canet moved into second on lap two to give chase on the Italian.

However, Vietti’s lead was already at six tenths and was quickly out to over a second by the third tour of 20.

Vietti’s charge at the front carried on as his lead would soon swell to over two seconds, with Canet only able to respond for a brief phase mid-race.

But Canet could do nothing to put any pressure on Vietti, whose lead was out to over four seconds as he led the field onto the penultimate lap.

Vietti’s pace showed no signs of relenting as his gap extended to over six seconds as he comfortably took the chequered flag to make it back-to-back VR46 Academy wins following Andrea Migno’s Moto3 victory earlier in the day.

Canet held onto a lonely second to kick off his time with Pons Racing in fine fashion, while Marc VDS rider Lowes completed the podium in dramatic fashion. 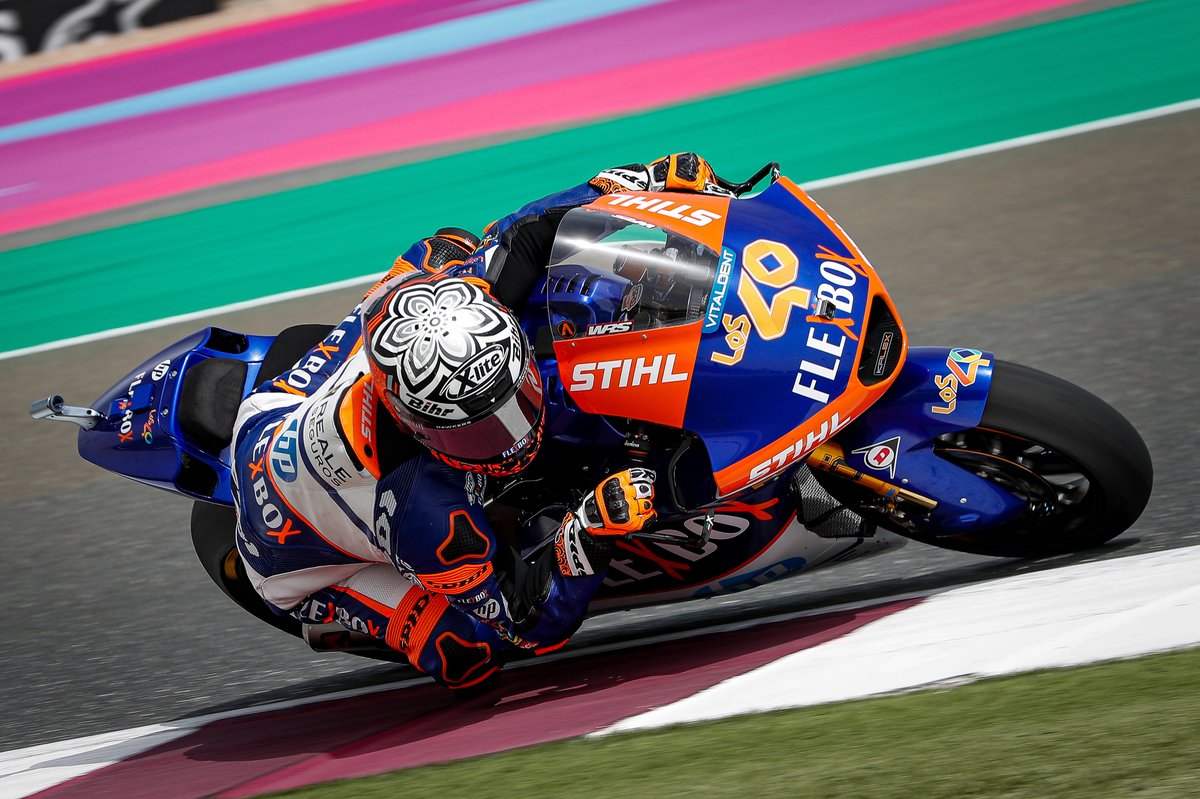 Lowes was embroiled in the battle for the final podium spot with former team-mate Augusto Fernandez, who has moved to Ajo KTM this year, and Honda Team Asia rider Ai Ogura.

Fernandez snatched third on the final lap but was knocked wide at the last corner when Ogura lost the front of his Kalex and clattered into the side of the Spaniard.

This stopped Ogura from crashing out, while Fernandez stayed mounted – though Lowes came through to steal third, the Britain gritting his teeth through a tendinitis issue that has dogged him this weekend.

Fernandez was fourth ahead of the sister Marc VDS bike of Tony Arbolino, who was lucky to stay on his bike after suffering a big front-end slide at Turn 4 on the final lap while he was battling for third.

Marcel Schrotter rounded out the top 10 on his Intact GP bike, with Aspar’s Jack Dixon recovering to 11th after he was nudged wide at Turn 1 on the opening lap.

Reigning Moto3 world champion and hot favourite for the Moto2 title Pedro Acosta also got forced off track at Turn 1 on the first lap and dropped down to the back of the field. The 17-year-old recovered aboard his Ajo KTM machine to end his Moto2 debut in 12th.