Enea Bastianini dominated the Andalusian Grand Prix to claim his first Moto2 victory, while a hobbled Tetsuta Nagashima recovered to 11th to hold his championship lead 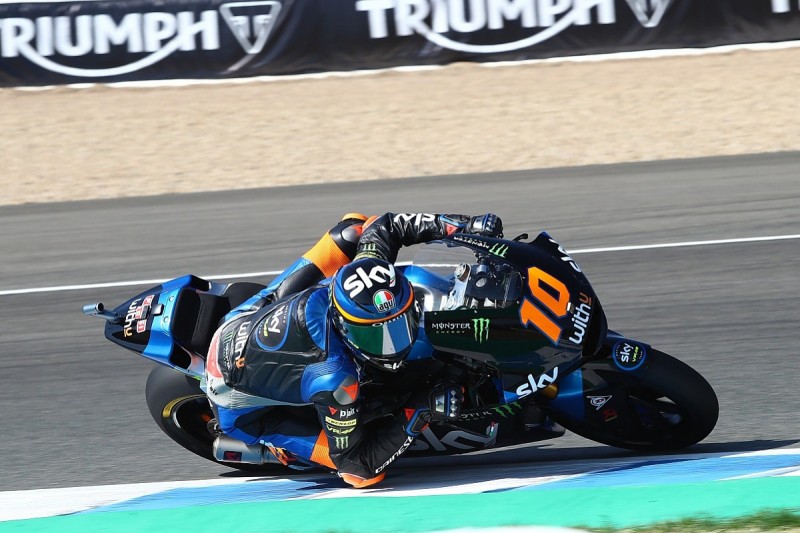