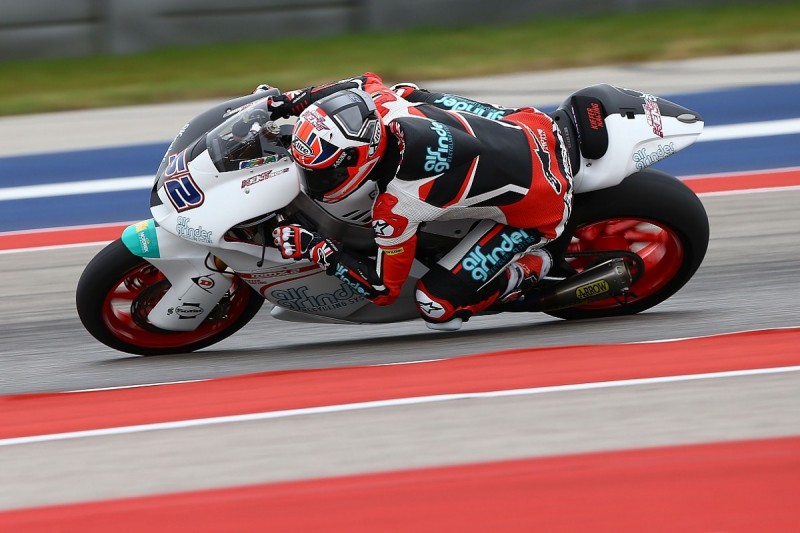 Kent returned to Moto2 last year with the Kiefer squad - then branded as Leopard Racing - that took him to the Moto3 title in 2015.

He finished a difficult 2016 season 22nd in the points, and only scored three points in his first two races this season following a winter switch from Kalex to the Suter chassis.

The 23-year-old failed to take part in Sunday's Austin race, having claimed to have suffered a back injury following morning warm-up.

"After this morning's warm-up I pinched something in my back and I'm not feeling confident to race," Kent said in a pre-race statement.

"I'm sorry to the team but I don't feel it would be responsible of me to start the Austin GP with this discomfort."

However, after the race, Kent announced on social media that he will no longer be riding for Kiefer, which took Stefan Bradl to the 2011 Moto2 title.

"Due to irreconcilable differences I've decided to part ways with Kiefer Racing and the Moto2 team," he wrote on Twitter.

"It's been a difficult period since joining the team and I don't feel I'm able to reach my potential so I've decided to step away.

"I'm still hungry and determined, and believe I can be competitive in Moto2. I wish Kiefer Racing the best for the future."

Kent's departure leaves Dominique Aegerter as Kiefer's sole Moto2 rider, with the Swiss rider 10th in the points and the top Suter pilot after three races.

Triumph to replace Honda as Moto2 engine supplier in 2019

Danny Kent gets Austria Moto2 ride, to race for fourth team of 2017