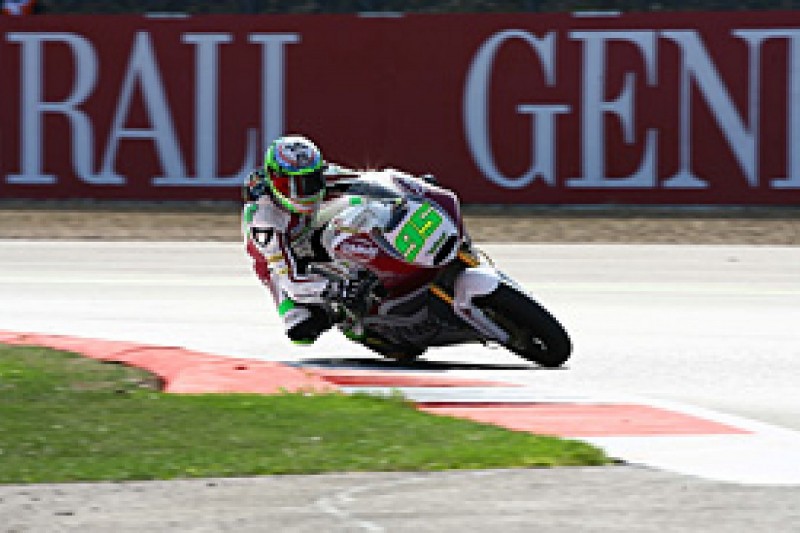 West was originally given a one-month ban in October 2012 when the prohibited stimulant methylhexaneamine was found during a urine test on the French Grand Prix weekend five months earlier.

Having served that ban, West returned to competition with his QMMF team for a full 2013 campaign.

But the World Anti-Doping Agency took the case to the Court of Arbitration for Sport, arguing that a 24-month ban should have been imposed.

A CAS panel hearing was held in Lausenne in August, where the WADA appeal was partially upheld.

Motorcycle racing's governing body the FIM has now announced that in accordance with the final CAS ruling delivered last week, West will be given an 18-month retroactive suspension, with one month deducted for what he has already served.

"Taking into account the considerable delay in the conduct of the case before the Court of Arbitration for Sport, the CAS Panel decided to set the start of the suspension retroactively at 20 May 2012," said an FIM statement.

All West's results from May 20 2012 to October 19 2013 have therefore been deleted from the Moto2 record books, including his podium finishes at Sepang and Phillip Island in 2012.

The 32-year-old Australian was a factory MotoGP rider for Kawasaki from mid-2007 to the firm's departure at the end of '08.

Tito Rabat commits to Moto2 for 2015, ruling out MotoGP switch