Star Moto3 rookie Pedro Acosta's promotion to the Moto2 World Championship in 2022 has been confirmed by KTM.

Acosta made his grand prix debut at the start of the 2021 season with the Ajo KTM squad, the 16-year-old making an immediate impression with a debut podium in the Qatar GP.

In the following week's Doha GP, Acosta sensationally came from pitlane to claim his first grand prix victory and has gone on to secure four more wins to take a commanding 46-point lead in the championship.

PLUS: How KTM has ended up with an embarrassment of riches

Autosport reported last month that Acosta would be stepping up to Moto2 in 2022 having penned a new three-year deal with KTM, which includes a move to MotoGP in 2024.

"Jumping to Moto2 was my goal because I believe it's the step I need to make," Acosta, now 17, said.

"Of course, there is always more to learn - and I could do that in Moto3 - but when it comes to details and my development as a rider then it feels like the right move.

"It's a big advantage to stay in the Red Bull KTM Ajo team as we now have a year of working together and it's always important to keep a good and positive feeling with the people around you.

Ajo Motorsport will field an all-new line-up in Moto2 next year, with Augusto Fernandez moving from Marc VDS to partner Acosta at the KTM-backed outfit.

"We are very pleased to announce the Moto2 rider line-up with Pedro Acosta and Augusto Fernandez for our KTM GP Academy," KTM boss Pit Bierer said. 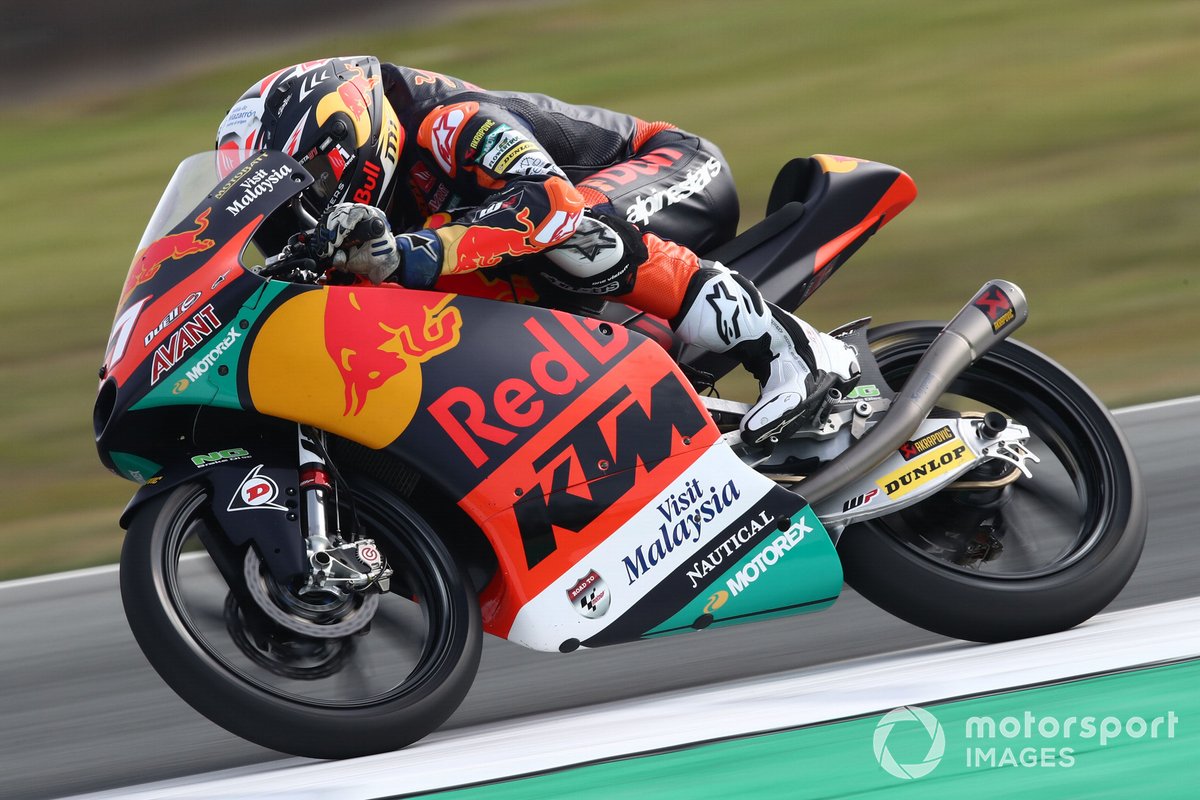 "Together with Red Bull KTM Ajo we have the best possible structure to support both riders in their next challenge.

"Aki Ajo and his team have played a fundamental role in the careers of many riders and we can be proud to have him by our side for the next project in rider development.

PLUS: The "old-school" rookie taking MotoGP by storm

"It is a great pleasure to support Pedro's desire to move up from Moto3 to the next category.

"What he has shown in his first world championship season is outstanding and we believe he can keep the momentum going.

"He will continue to focus on his goal for 2021, but we will then tackle the next challenge together.

"With Augusto we welcome another promising talent to our Red Bull KTM family.

"He has shown great signs and we are happy to have an experienced Moto2 rider in our line-up.

"I am sure that under Aki's guidance he can make the next level in performance and we will celebrate some exciting results in the near future."

Last week Moto2 rookie Tony Arbolino was announced by Marc VDS as one of its riders for 2022.